JOHANNESBURG (Reuters) – South African chemicals group AECI could increase revenue from its desalination and water treatment business by up to 80 percent over the next five years after a severe drought hit Africa, its CEO said.

South Africa was declared a national disaster this month after drought afflicted Cape Town and other areas, and Kenya, Malawi, Mozbuambique and most of southern Africa have also experienced low rainfall.

AECI, which also makes explosives and announced a sharp rise in earnings on Tuesday, sees revenue growth coming from its subsidiary ImproChem, a water, air and energy management company.

“We have to manage our water a lot better as a continent and I think ImproChem can play a big role in that and that will boost sales on those opportunities,” Chief Executive Mark Dytor told Reuters in a phone interview.

Cape Town and other parts of South Africa suffering from drought have pledged to use desalination plants and underground water reserves and AECI has applied for government tenders for desalination projects in Cape Town.

Since the current drought in the Western Cape, ImproChem has sold some desalination plants in Cape Town to private sector operators, Dytor said.

“We have already sold five desalination plants, that’s into the private sector, they give from between 500,000 litres to 1 million litres a day of water that is treated from sea water,” he said.

AECI, which has business in Africa, Australia, Indonesia and South America, said its headline earnings per share rose 17 percent for 2017 to 959 cents, thanks to a global recovery in the resources sector.

(By Tanisha Heiberg;Editing by James Macharia and Susan Fenton) 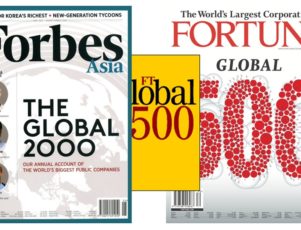