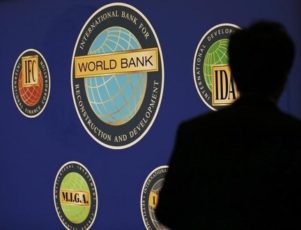 NAIROBI (Reuters) – Kenya will get a World Bank loan of $1.1 billion for infrastructure projects in the country’s arid northern region, the bank’s vice president for Africa said.

The loan is the latest in series to Kenya, which amount to $5.5 billion, excluding the new package.

“It is an unprecedented financial commitment to this part of Kenya,” Makhtar Diop told Reuters in Nairobi over the weekend.

The funds will be used to build roads, improve water and energy supplies and support livestock keeping. They will have a maturity of 50 years and an interest rate of less than 1 percent. The package was prepared at the request of Kenyan President Uhuru Kenyatta, Diop said.

He did not say when the full disbursement of the funds would take place, but technical work on some projects has already started. Projects to be funded with the facility included a modern road linking Isiolo, a town in the lower eastern region, with Mandera, a town close to the border with Somalia.

Diop said the World Bank expected Kenya’s economy to expand by 5.9 percent this year, close to the government’s forecast of 6 percent. It grew 5.6 percent last year.

“Kenya is doing pretty well in the Africa context and in the global context, but the ambition of the government is to sustain that growth rate and accelerate it,” he said.

To attain faster growth, the country needed to increase efficiency in state-owned firms and improve competitiveness, through investments in infrastructure.

Last week, the government forecast a higher budget deficit of 9.3 percent of gross domestic product for the fiscal year starting next month as it increases public investments.

“Overall the fiscal deficit is financeable,” Diop said, adding total debt was increasing but remained sustainable at about 50 percent of GDP.

The World Bank cut its average growth forecast for sub-Saharan Africa to 2.5 percent this year because of lower commodity prices.

Diop said the continent could attract investment because of higher returns than other regions of the world, but he said some African nations needed to avoid building up their dollar-denominated debt.