Nigeria talks to Chevron, Total and ENI to revamp refineries 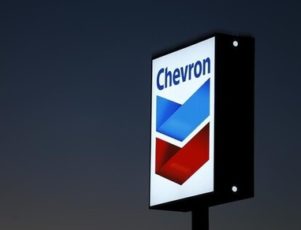 ABUJA (Reuters) – Nigeria is in talks with oil majors Chevron, France’s Total and Italy’s ENI to get help revamping the ailing refineries in Africa’s top crude producer, its oil minister said on Tuesday.

The West African nation has been trying to restart its outdated refineries in Port Harcourt, Warri and Kaduna to end its dependency on costly fuel imports. For weeks, motorists across the country have been queuing to get petrol.

“We have gotten commitments from some of the majors. (ENI’s) Agip has indicated interest to work with us on Port Harcourt, Chevron on Warri,” he told the Senate or upper house. “We are talking to Total on Kaduna.”

Kachikwu has previously said NNPC was looking at partnerships or takeovers.

“We are advertising just in case there are better terms out there,” he said, adding that NNPC was also seeking partners to run pipelines and fuel depots as joint ventures.

NNPC had managed to repair the pipelines feeding the Port Harcourt and Warri refineries, he said. Kaduna is fed by a pipeline from Warri.

Kachikwu said that from next week on fuel queues would disappear.

He said NNPC had reached deals with oil majors, with which it works in joint ventures, to help make up for a shortage of dollars due to a slump in oil revenues hindering fuel imports.

“The major international upstream oil companies have indicated their willingness to support major oil marketing companies with some of the required foreign exchange,” Kachikwu said.

“As of today, we have been able to work, in collaboration with the majors…with them to see how they can sell us foreign exchange for the naira components they require for their local operations,” he said, without giving details.

In February, Kachikwu told Reuters NNPC was in talks with oil majors and banks to raise capital for new drilling and to repay its debt accumulated from years of mismanagement. The debt had fallen to $3 billion by December, down from $3.5-$4 billion, he said on Tuesday.

President Muhammadu Buhari fired the NNPC board and appointed Kachikwu last year to overhaul the company, whose opaque structures have allowed corruption and oil theft to flourish.

Nigeria in talks with oil majors to repay debt, invest in refineries 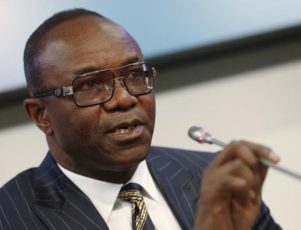 ABUJA (Reuters) – Nigeria is in talks with oil majors and banks to raise capital for new drilling and to repay up to $4 billion in debt that the state oil firm has accumulated over years of mismanagement, the firm’s head told Reuters.

Emmanuel Ibe Kachikwu, who is also the minister of state for petroleum, said he wanted to increase output to up to 2.5 million barrels per day by the end of 2016. Currently, the OPEC member pumps 2.3 million bpd.

President Muhammadu Buhari has made reforming the oil sector a priority as a slump in oil prices hammers the economy. The former military ruler has fired the NNPC board and appointed Kachikwu to overhaul a company whose opaque structures have allowed corruption and oil theft to flourish.

Nigeria’s oil and gas output has been relatively stagnant as big offshore projects have been held up by much-delayed government funding and uncertainty over fiscal terms.

Africa’s biggest economy produces oil with foreign and local firms through production-sharing contracts and joint ventures (JVs) but investments have been held up because NNPC has been unable to pay its part: bills have been piling up since 2012.

Kachikwu said debt as of November stood at $3.5-$4 billion, which NNPC wanted to cut through deals such as a $1.2 billion multi-year drilling financing signed with Chevron in September.

“The target is that over 2017, we’ll begin to look at zero,” he said in an interview, referring to debt and the goal of ending the need for JVs to depend on NNPC cash.

NNPC was in talks with oil majors such as Italy’s Eni and oil traders Vitol and Gunvor, seeking partnerships to revamp assets such as refineries after decades of neglect. Cash-strapped for years, it reported a loss of 267.14 billion naira ($1.3 billion) for 2015.

“My ideal would be to bring in third party capital, do a joint investment and management of the refineries and work out a pay-out process over 5 to 6 years basically on lifting of some portion of the finished products,” Kachikwu said.

He added that the government would also advertise concessions for pipelines and depots next month.

NNPC was also looking into revamping joint ventures with local firms to boost productivity but this would depend on the Petroleum Industry Bill (PIB), a project to revamp the sector held up in parliament for years.

Kachikwu said NNPC was in talks with the Senate to speed up the process by splitting the PIB into three parts covering governance, taxation and business items such as oil block licensing.

The controversial deals were signed under the previous oil minister Diezani Alison-Madueke, who was briefly arrested in London last year on suspicion of corruption. [nL5N1223TQ]

Former central bank governor Lamido Sanusi alleged that Atlantic’s deals were one route through which tens of billions of dollars in oil revenues were diverted from state finances.

Kachikwu said NNPC expected to conclude a deal within two months for a new partner to pay up to $1.3 billion to take over the Atlantic agreements. The blocks were originally sold to indigenous oil companies by Shell. 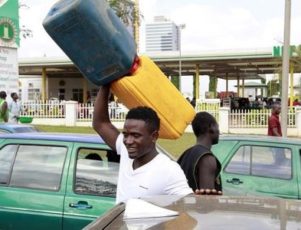 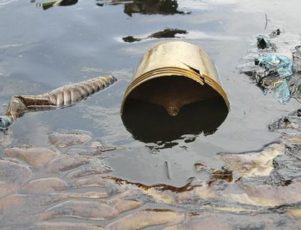