2 May 2016 Comments (0) Africa, Business, Latest Updates from Reuters  Like 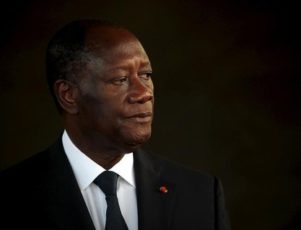 The government decided in June last year to increase electricity prices by 16 percent over three years to keep pace with production costs.

Under the arrangement electricity prices were scheduled to increase by 5 percent in January. But some customers saw rates rise by as much as 40 percent, according to a government investigation, prompting Ouattara to cancel the January increases and call for a more competitive industry.

“This situation reminds us of the need to open up the water and electricity sectors to competition,” Ouattara, a former senior International Monetary Fund official, said in a Labour Day speech on national television on Sunday.

“It is competition that will lower the price of electricity. I appeal to all those who wish to invest in that sector,” he said.

The West African nation has emerged from a decade of political turmoil and civil war as one of the continent’s rising stars economically, with growth averaging around 9 percent for the past four years.

However, critics of the government complain that most Ivorians have not benefited from the new-found prosperity.

The Companie Ivoirienne d’Electricite (CIE), majority owned by Africa-focused public utilities manager Eranove Group, has supplied electricity to the Ivory Coast since 1990 under an agreement with the government. The deal, which puts CIE in charge of the distribution of power to homes and businesses, is not due to expire until 2020.

It is unclear how the utility markets will be liberalised or if it can be done before the agreement between CIE and the government ends in 2020.

But it is likely to be a major issue in French-speaking West Africa’s biggest economy where power producers are struggling to keep pace with growing consumption.

Demand for electricity is rising by some 10 percent a year, and the energy minister said last year that $20 billion of investment is needed in the industry over the next 15 years.