March 20th marked a large shift in African politics, as 5 countries on the continent voted on key issues.

Citizens of Benin, Niger, Cape Verde, Zanzibar, Senegal, and The Republic of Congo all had the chance to head to the polls last weekend. While some results were as expected, some showed progress towards improved electoral processes.

In Benin, a presidential run-off took place between Prime Minister Lionel Zinsou, and businessman Patrice Talon. Both were seeking to replace the incumbent President Yayi Boni, whose second term in office ends on April 6th. Events progressed well from the first round of the campaign in which there were 33 candidates. Benin has shown great progress in electoral process, and was the first country in sub-Saharan African to transition to a multi-party democracy. After the polls, Lionel Zinsou conceded defeat to Patrice Talon. The victory of the businessman shows a push for change in how the people of Benin wish to be governed.

Denis Sassou Nguesso was elected to his third term in office

In the Republic of Congo, Presidential elections were held under the new constitution which removed both age and term limits for those serving as President. Before the polls, opposition parties had denounced the lack of transparency in the electoral process. Adding to the irregularity, the country experienced a government-initiated communications blackout during the voting. The official statement was in order to avoid illegal leaking of election results. As predicted, the incumbent President Denis Sassou Nguesso was elected to his third term in office. President Nguesso has already served in office for over 30 years.

In Niger, a Presidential run-off took place between the incumbent President Mahamadou Issoufou, and Hama Amadou. Tensions were high before the run-off with the opposition party rejecting the results before the election was even held, and the COPA withdrawing from the campaign stating a lack of transparency in the process. Hama Amadou was arrested earlier in the year on charges of baby trafficking, and had been flown to France recently for medical treatment as it was stated that his health rapidly deteriorated while in prison. President Mahamadou took more than 92 percent of the vote.

Zanzibar was set for a re-run of its elections which were held in October 2015. At the time the Civic United Front claimed victory even before the results had come out, however the election was invalidated by Jecha Salim Jecha (the president of the local Electoral Commission) due to what was claimed as massive fraud. The Civic United Front however, claimed that this was a ploy by Chama Cha Mapinduzi to deny it victory. For these reasons, the main opposition party decided to boycott the elections only 2 days before the polls were held. The incumbent President Ali Mohamed Shein of Chama Cha Mapinduzi was re-elected.

Senegal: Yes or No referendum

In Senegal, voters were called to vote on a yes or no referendum. Among the issues the referendum addressed was reducing the term limit for presidential office from seven years to five years. This was seen as a bold move by President Macky Sall, as other African leaders seek to find ways to extend their term limits. The referendum would also afford official recognition to the opposition leader in the constitution, local councils would be give more power, and new rights would be afforded to citizens regarding the environment and land ownership.

Meanwhile on Cape Verde, parliamentary elections were held which saw the Movement for Democracy win an absolute majority. They will replace the African Party for the Independence of Cape Verde which had been in the majority for over 15 years.

The political stalemate in Zanzibar 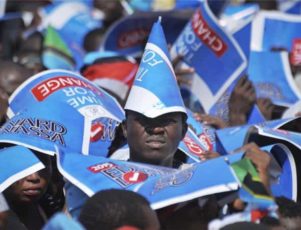 As talks fail to produce a peaceful solution, the standoff between rival parties has disrupted trade and brought international concern about potential violence.

The government of Zanzibar has announced plans for new elections in February but the opposition, which claims it won a previous vote that the government annulled, is calling for a boycott.

The announcement is the latest development in a nearly three-month political standoff that has disrupted trade in the east African archipelago and prompted international concerns about potential violence.

At the center of the controversy are long-running tensions over the balance of power between Tanzania on the mainland and tiny Zanzibar, which is a semi-autonomous state within the larger nation.

The leading players are Zanzibar President Mohammed Shein of the Chama Cha Mapinduzi political party, which holds power in both Tanzania and Zanzibar, and Maalim Seif Sharif Hamad, secretary general of the Civic United Front, the main opposition party in Zanzibar.

Hamad, who is also first vice president of Zanzibar, ran against the incumbent Shein in an October 25 election. The day after the vote, the opposition leader claimed victory before the results were officially announced.

Despite strong objections from the opposition and international observers who said the election was valid, the government annulled the election after the Zanzibar Electoral Commission determined there were electoral law violations.

While incumbent Shein and the Chama Cha Mapinduzi party support a new election, Hamad and the opposition party favor completing talks that began after the opposition questioned the legality of Shein staying in office after his term expired in early November.

Despite eight closed-door meetings since the election, negotiators have not come up with an agreement. Those taking part in the former Tanzania mainland president Jakaya Kikwete, former Zanzibar president Abeid Karume, and former Tanzanian president Ali Hassan Mwinyi in addition to Shein and Hamad.

The announcement of a new election comes in the face of international and domestic pressure to end the political impasse, which is hurting Zanzibar’s economy.

Beans, potatoes and tomatoes, which are from mainland Tanzania, have become scarce and increasingly expensive in Zanzibar. Tanzania’s government said mismanagement by traders, poor infrastructure and red tape are to blame, but Zanzibaris fear traders are responding to the political uncertainty.

According to the Bank of Tanzania (pdf), Zanzibar’s imports dropped by nearly half between October and November 2015, from nearly $40 million to $21 million.

At the same time, fears that the stalemate would affect tourism to the islands may have been unfounded. The bank reported that tourist arrivals increased in 2015, with earnings of $73.6 million, up from $55.2 million in 2014, a gain of more than 30 percent. 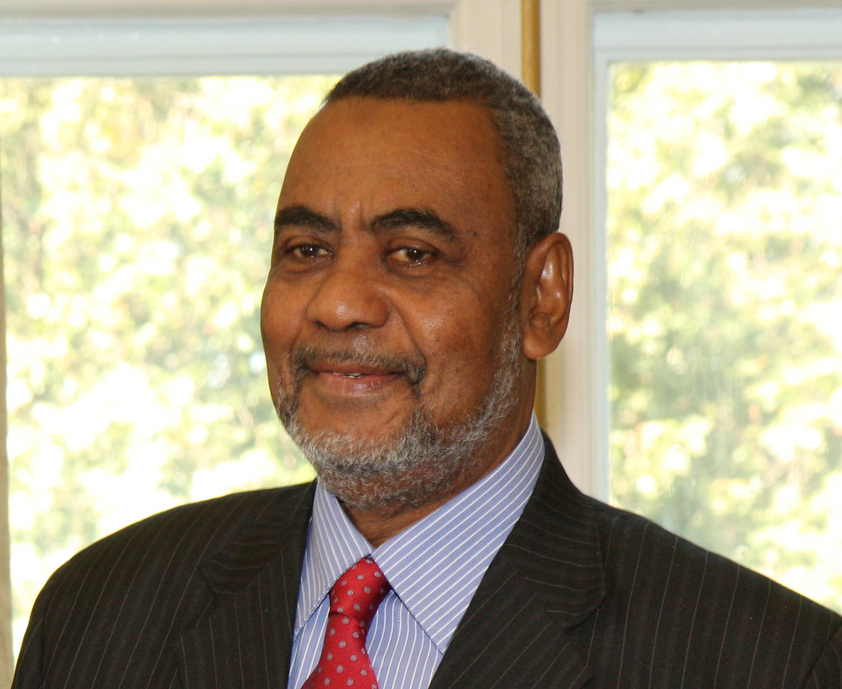 International observers declared the October election valid and called on the government to announce the results. They cited fears that the political stalemate could contribute to the radicalization of youths in Zanzibar, which is predominantly Muslim.

The Chama Cha Mapinduzi party has long maintained power in Tanzania, while Zanzibar has chafed at what it considers mainland meddling. The opposition Civic United Front has called for full autonomy for Zanzibar.

After gaining independence from the British in 1961, Tanzania was formed in 1964, uniting the mainland Tanganyika state with the Zanzibar (also called Unguja) and Pemba islands.

Elections have been marked by clashes between the two parties since the 1990s, and hundreds have died in past elections. A unity government with the Civic United Front as the junior partner was formed in 2010, when Shein was first elected president, to diffuse tensions.

However, there were reports of police intimidation prior to the October election and two homemade bombs exploded in Zanzibar after the election was annulled. A third device was found and safely detonated in Stone Town, a popular tourist area.

In spite of the annulment, the ballots of 500,000 Zanzibar voters were counted in the election for Tanzania’s president. John Magufuli, the candidate of the Chama Cha Mapinduzi, received 58 percent of the total vote of 15 million and has been sworn into office along with Samia Suluhu Hassan, a Zanzibari who became Tanzania’s first female vice president.

Idd said the ongoing talks with the opposition were aimed at keeping the peace but did not preclude an election.

Opposition spokesperson Ismail Jussa told supporters to ignore the government announcement, saying the talks should be completed before an election was scheduled.

It was not immediately clear when mediation talks would continue. Before the election announcement, former Nigerian president Goodluck Jonathan had been tapped to lead new talks and he was expected to visit the country early this year.

The talks began after the opposition party raised questions about whether Shein could stay in office as president after his term expired in November. However, the government maintains that the Constitution allows him to remain in office until a successor is sworn in.

Hubertus von Welck, an election observer from the German Friedrich Naumann Foundation, said negotiations must continue to maintain the peace.

“If they cannot come to a diplomatic solution, we might once again see violence and deaths,” von Welck said.