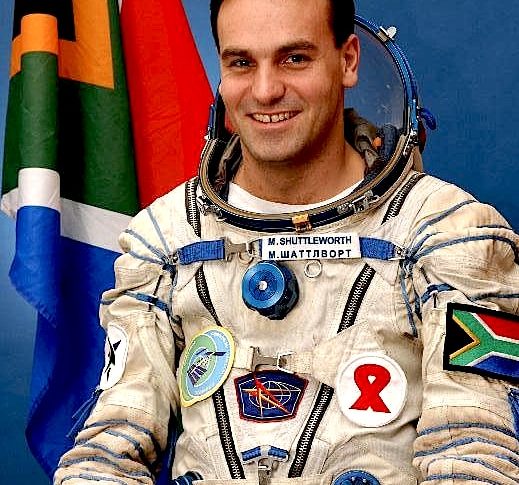 With a net worth of $500 million, a trip to space, three successful businesses and a not-for-profit under his belt, it is not surprising that South Africa’s Mark Shuttleworth is an inspiration to many in a country still emerging from apartheid, and still plagued by rampant poverty and corruption.

The Emergence of Thawte

Shuttleworth’s success story stared in 1995, whilst still a student at the University of Cape Town, Shuttleworth created Thawte, a consulting firm that became a world provider of digital certification, a trusted third party that could be used to create secure connections to a server via the internet. According to AFKInsider, it was the first ever full-security encrypted ecommerce web server commercially available outside of the United States. Shuttleworth sold the firm in 1999 to US based company VeriSign, who at that point owned 50 percent of the market, the other 50 percent belonging to Thawte. VeriSign bought the company for $575 million when Shuttleworth was only 26 years old.

With the profits from the sale of Thawte, Shuttleworth could easily have retired. Instead he used his capital to help other South African’s find their potential. In the year 2000, Shuttleworth created HBD Venture Capital, a company which invests in local South African businesses with international potential and in 2001, The Shuttleworth Foundation, a non-for-profit that aims to improve access to, and quality of, South African education. Shuttleworth was still looking for new challenges, however, and began to embark on the long journey that would lead him to being a space tourist.

In 2002 Shuttleworth became the first African ever to travel to space and the second private citizen ever to self-fund a trip to space. At a personal cost of $20 million, Shuttleworth bought a seat on a Russian spacecraft and began training. He trained for nearly a year, seven months of which were spent at Russia’s Star City, at the Yuri A Gagarin State Scientific Research and Testing Cosmonaut Training Center. He became part of the Russian Soyuz TM-34 crew and visited the International Space Station (ISS). Shuttleworth spent eight days aboard the ISS where he conducted scientific experiments for South Africa. He returned to Earth on May 5th, 2002, but his incredible feats don’t stop there.

After returning from space, Shuttleworth founded yet another company, the Ubuntu project, a computer operating system that would be completely free. Based on a version of the Linux computer operating system that is open source, Ubuntu, roughly translates to ‘human-ness’ in the South African Nguni Bantu language. It also means ‘I am what I am because of who we all are,’ which works with Shuttleworth’s idea that the software could be edited and improved upon and shared for free. Without heavy licensing fees, Ubuntu could reach a wider audience and be shared by people who could not afford other operating systems. However not every move Shuttleworth has made has been supported by the people of South Africa.

In 2009 Shuttleworth decided to leave his home in South Africa and move to the Isle of Man. In doing so, he also decided to move approximately $177 million in capital from South Africa with him. The South African Reserve Bank, however, charged him a $17.7 million exit fee that would need to be paid in order to release the businessman’s assets. He paid the exit charge, but then sought to recoup the levy. Shuttleworth argued the government’s position around foreign exchange controls constrained small business and sought to have the exit fee returned, with interest.

According to ITWeb, the legal battle was taken to the Supreme Court, which initially Shuttleworth won and the Reserve Bank was ordered to repay the levy amount with interest. However, the Constitutional Court, the highest in South Africa, overturned the Supreme Court as they found the exit charge was in place to regulate conduct, not to raise revenue and the ruling was overturned.

The Reserve Bank did not have to repay Shuttleworth the exit charge with interest and he was repaid nothing.

Although the move out of South Africa may have soured his relationship with his country a little, Shuttleworth continues to be an inspiration for young South African entrepreneurs. He now has dual citizenship with the UK and South Africa and continues to run Ubuntu and Canonical. Never resting for long, it will be with great interest to see what the future holds for Africa’s first dot com millionaire.