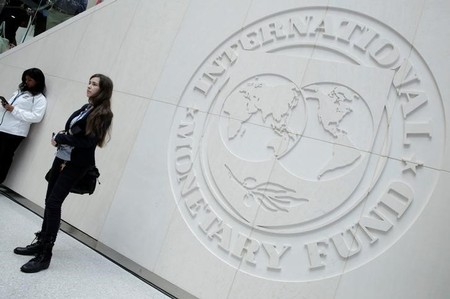 ABIDJAN (Reuters) – The International Monetary Fund (IMF) ended a week of talks in Congo Republic on Thursday saying the debt-crippled nation had more work to do if it hoped to gain the lender’s approval for a bailout package.

Like other Central African oil producers, Congo has been hit hard by low crude prices. Government revenues have dropped by a third since 2015. The IMF said in its end-of-mission statement that the non-oil economy was in recession, with a contraction of 9.2 percent expected for this year.

The Fund said it was encouraged by Congo’s draft 2018 budget and added that progress had been made in formulating medium-term macroeconomic and structural policies it could support.

However, it said the government needed to do more to restore debt sustainability, urging it to finalise the hiring of legal and financial advisors. More progress towards strengthening governance was also needed.

Congo is regularly singled out by anti-corruption groups for the opaque management of its oil sector.

The finance ministry acknowledged that “immediate measures” were needed.

“That is why… Congo Republic will open negotiations with its main creditors in the aim of restructuring its debt,” it said in a statement.

Once the Fund’s recommendations were carried out, “a financial arrangement to support Congo’s economic programme would be discussed at staff level before being proposed for the IMF Executive Board’s consideration,” said Abdoul Aziz Wane, who headed the mission.

The slow pace of the negotiations with the IMF, which have been under way for months, as well as continuing legal uncertainties, have compounded Congo’s acute liquidity pressures, according to Fitch.

The IMF said in October that the country’s public or publicly guaranteed debt totalled $9.14 billion, or around 110 percent of GDP, by the end of July.

Much of that debt is believed to be owed to oil traders, who lent money to the government against future crude shipments.

A construction firm has also filed suit in a French court seeking payment of over $1 billion for public works projects dating back decades. That debt was not included in the IMF’s estimate.

Negotiations to hammer out the terms of an IMF assistance package will continue early next year, the finance ministry said in its statement.