Ngozi Okonjo-Iweala: An economist, a global leader and a policy maker 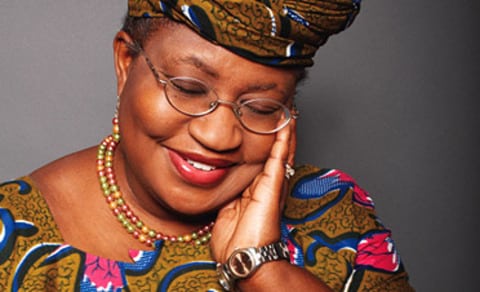 Ngozi Okonjo-Iweala has come from humble beginnings to serve two terms as Nigeria’s finance minister, and has been within a hare’s breath of becoming president of the World Bank. The “Iron Lady” of Nigeria is credited with the emergence of Nigeria as Africa’s largest economy and her work in office and in the humanitarian spheres have been greatly celebrated. She has been described as a “triple threat” with strong experience in economics, finance as well as development and governance.

She was born in 1954, in a village in the south of Nigeria when the country was still a jewel in the heart of the British Empire. She reportedly perfected her English reading Louis Stevenson and Enid Blyton and had a charmed, “wonderful” childhood. She credits her early upbringing with her later tenacity: “I learned real life, fetching wood, water. At five I could cook. This life has given me strength and a strong character.” When she was 15, she carried her Malaria stricken three-year old sister on her back for 10 miles to reach a doctor, and then insisted on her treatment, ultimately saving her life. Her sister is now herself a physician, and a rock of support to Okonjo.

Nigeria’s civil war and the end of her childhood years

Her childhood ended in 1967 when the civil war broke out, and her father was called away to fight in the army. She explained that her parents lost “everything” and she learned what it was to have nothing. They moved frequently and often survived on one meal a day; resilience and tenacity became essential to survival. These early experiences crafted Okonjo into the woman she is today. Interestingly, she describes her humble beginnings and later greatness as similar to that of her country, Nigeria.

Her escape came at 18, when she left her warring Nigeria to study at Harvard University, followed by a Phd in Regional Economics at MIT. A prodigious talent, she was headhunted for the World Bank and spent the next 21 years here as a development economist.

Her financial experience with the World Bank

After a strong and steady tenure at the World Bank, she was elected to serve as Finance Minister in her homeland. This began her defining years. She served two terms between 2003-2006 and 2011- 2015, punctuated by four years as a Managing Director at the World Bank. During her tenure, she also held the post of Minister of Foreign affairs. Okonjo was the first female to hold either position.

Although she didn’t act alone, Okonjo is credited with being an instrumental figure in shaping Nigeria’s modern economy, bringing in necessary reforms and increasing governmental transparency. Her biggest achievements include targeting Nigeria’s rampant corruption by identifying and eliminating 5000 fake civil servants on the payroll. She also fastidiously cracked down on political and military leaders who were stealing crude oil. For this, she received death threats, her addresses were published in the media and her mother was kidnapped. She told the Observer: “Fighting corruption, corruption tends to fight back”. She did not falter and in the end, succeeded in her war against the insidious nature of Nigeria’s administration.

Her economic background was showcased by her greatest achievement in office: securing a cancellation of $30bn debt from Nigeria’s name. She also added strength and stability to the country’s public finance systems by obtaining its first sovereign debt ranking in 2006. She later established the Mortgage Refinance Corporation which stimulated Nigeria’s housing market and was involved in numerous gender and youth empowerment schemes. The most recognized, the Youth Prize with Innovation, which supports young entrepreneurs and has created thousands of jobs, was evaluated by the World Bank to be one of the most successful of its kind globally.

During her time as finance minister, Nigeria emerged as the largest economy in Africa with a GDP of $481bn in 2015. After stepping down last year, she has dedicated her time to humanitarian causes. She currently chairs the board of the Global Alliance of Vaccines and Immunizations and the African Risk Capacity, a weather based insurance for African countries. Still regularly leading “top 100” lists of the world’s most influential people, it’s clear that Okonjo is still a force to be reckoned with, both in Nigeria and worldwide.

1 Africa, Politics Ngozi Okonjo-Iweala: An economist, a global leader and a policy maker