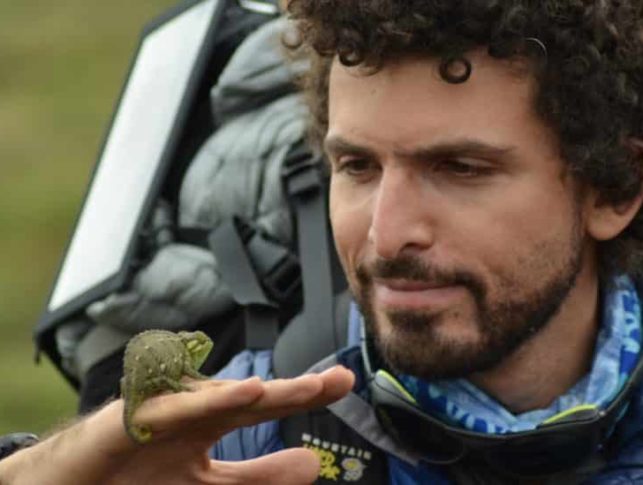 Omar Samra may be one of the most interesting Africans alive today. The 38 year old Egyptian is a highly distinguished explorer, holding a string of adventuring firsts to his name. Samra has experienced great tragedy, and then gone on to conquer that adversity, becoming a renowned motivational speaker and notable writer. He started life as a severely asthmatic child, but is now scheduled to become Egypt’s first astronaut. What’s more, Samra is known as a conscientious, highly successful entrepreneur and philanthropist; he is most certainly a unique individual.

Heavily asthmatic, weak and unfit as a child Samra said he couldn’t even finish a lap of his local 400 metre track. In an early sign of his deep and unwavering resolve, he set out to conquer his condition, dedicating himself to a brutal six days a week running regime. He gradually built up his fitness and became less reliant on medications. Aged 16, he climbed his first mountain in Switzerland and a passion was born.

In 2000, Samra obtained a degree in Economics from the University of Cairo. He then worked in London and Hong Kong, climbing the corporate ladder with the banking giant HSBC. However, adventure’s call gnawed at him, prompting a yearlong odyssey which took him through 14 countries in Asia and South America and saw him scale numerous mountains. He returned to the corporate world before completing an MBA in entrepreneurship with the London Business School in 2007.

Later that year he fulfilled a lifelong dream of climbing Mount Everest, becoming the youngest Arab and first Egyptian to arrive at the peak of the world. After defeating Everest, he yearned for another challenge, deciding to pursue the “Seven Summits”, the highest mountain on each of the seven continents. On a 2008 trip to climb Mt Kilimanjaro, he met his future wife and business partner Marwa Fayed.

Together, Samra and Fayed built a challenging and daring business. Their company, Wild Guanabana focussed on providing carefully selected, life changing adventure trips to destinations around the globe. The idea spawned from their love of travel, and their passion to encourage people to challenge themselves and transform their lives.

Their business began to blossom. The firm became the Middle East and Africa’s first carbon-neutral travel company, dedicated to sustainability, eco-protection, awareness regarding environmental issues, as well as collaboration and partnerships with environmental projects around the globe.

Not content with their efforts, the couple wanted to find another way to give back and enhance lives. In 2010 Marwa Fayed founded Cairo’s Toy Run for Orphanages. She gathered used and unwanted toys from around the city, and gave them as gifts to underprivileged, orphaned children. She said: “every child has the right to a toy; a loving friend and companion to nourish their creative minds.”

The Seven Summits and a desolate nadir

Samra continued his effort to scale the Seven Summits. By 2012, he only had one peak left on his list, Mt Denali in Alaska. He failed in his first attempt, but he finally summited North America’s highest peak in May 2013.

Just after this momentous achievement, Samra flew back to Miami where his wife Marwa Fayed was due to give birth to their first child. On the 17th of June 2013 their daughter, Teela was born. Just five days later, Marwa Fayed tragically and unexpectedly passed away due to complications from the birth.

Obviously this unimaginable tragedy took an immense toll on Samra. He found an outlet for his grief when he remembered the Toy Run initiative his wife started. He renamed the charity Marwa Fayed’s Toy Run as a way of keeping her memory alive. With the help of her family and friends, the project grew quickly. Today the organization has delivered hundreds of thousands of toys to children across the world. In 2014 the project was recognized by the Middle East Broadcasting Centre as Humanitarian Project of the year.

As part of his healing process, Samra wanted to get back to something he loved, adventuring. In April 2015 he became one of just 40 people in history to complete the ‘’Explorers Grand Slam”; skiing to both poles in addition to climbing the Seven Summits.

Today, Wild Guanabana is thriving. The company has had a huge increase in bookings and believes its revenue will increase 70% compared to last year. If that wasn’t enough he hopes to soon become Egypt’s first man in space after winning a grueling competition. One thing is for certain Omar Samar is remarkable human being, a genuine inspiration, and a role model for Egypt and beyond.