Remittances from expatriate Egyptians rise by 11.1 pct since float 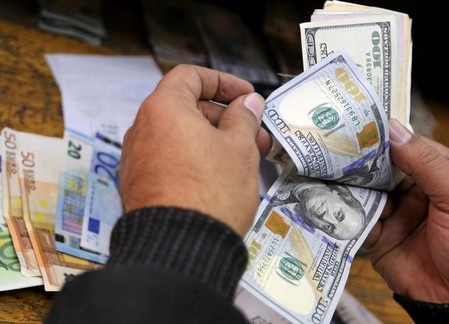 CAIRO (Reuters) – Remittances from expatriate Egyptians rose by 11.1 percent between the currency float in November and the end of April, the central bank said on Sunday, with economists suggesting recent reforms have begun restoring confidence in the banking system.

Expatriate remittances from November until the end of April have reached $9.3 billion, a central bank statement said.

Egypt’s central bank floated the pound in November to unlock foreign currency inflows and crush a black market for dollars that had discouraged people from channelling foreign currency through the banking system.

“The float is encouraging transfers through official channels, now that the parallel market no longer offers a premium above the official rate,” said Hany Farahat, a senior economist at CI Capital.

The currency float is part of a $12 billion International Monetary Fund lending programme aimed at putting Egypt on the road to recovery after years of turmoil that drove foreign investors and tourists away.

Latest Updates from Reuters Remittances from expatriate Egyptians rise by 11.1 pct since float