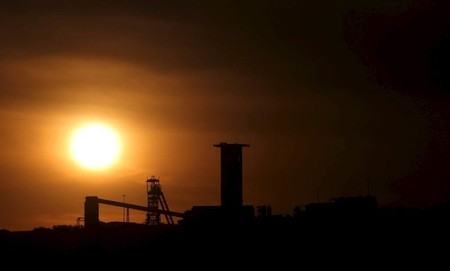 Illegal gold mining has plagued South Africa for decades and it costs the government and the industry more than 20 billion rand ($1.7 billion) a year in lost sales, taxes and royalties, according to a Chamber of Mines report last year.

Sibanye Chief Executive Neal Froneman vowed last year to take the war to illegal miners and clear them from its shafts by January 2018 under the battle cry “Zero Zama”, after the Zulu term for illegal miners.

According to data provided to Reuters by Sibanye, it made 797 arrests in 2017 linked to illegal mining at its Cooke operations and 1,383 overall. The blitz peaked in June with more than 500 arrests, above the 443 arrests in 2016 as a whole.

While Sibanye fell short of its goal of stamping out illegal mining altogether, Sibanye’s head of security Nash Lutchman said based on available intelligence, “there are only about 40 to 50 illegal miners operating now, scattered across our Kloof and Driefontein operations”.

Froneman said last year the number of illegal miners in the company’s gold operations numbered “in the thousands”. Sibanye was the first South African gold miner to set itself a deadline to stop the practice.

Most zamas are undocumented immigrants from neighbouring countries who have long provided migrant labour for South Africa’s mines, but are now being laid off. The syndicates that support them and traffic the illegal metals are well-funded, well-established and highly dangerous, security experts say.

‘END OF STAGE ONE’

Sibanye’s drive was helped by the mothballing of its loss-making Cooke operation west of Johannesburg, which was the epicentre of illegal mining activity in its shafts.

Illegal miners gain access to working gold mines through bribery and other means, forcing companies to dispatch security teams to the shafts and to tighten entrance measures.

“It still costs us so I don’t know if we will ever declare a victory but we are at the end of stage one,” Froneman told Reuters.

“My biggest concern about illegal mining is the corruption of our supervisors and our employees. That just sets a path for creating a rotten organisation. Everybody gets bribed and the integrity of the business just gets undermined,” he said.

Froneman admitted there was no guarantee illegal miners would not try to return, so the company needed to maintain its costly vigilance.

Security experts have said Sibanye would struggle to eradicate illegal mining completely but could reduce it by 90 percent.

Sibanye is the second South African gold producer to announce a milestone linked to illegal mining this month.

AngloGold Ashanti said it would spend up to $500 million to mechanise its Obuasi mine in Ghana.

The gold mine was rendered worthless when it was invaded by thousands of illegal miners. They were removed by the military last year and the South African company decided to revive the mine as an automated operation after a feasibility study.

(By Ed Stoddard;Editing by James Macharia and David Clarke)