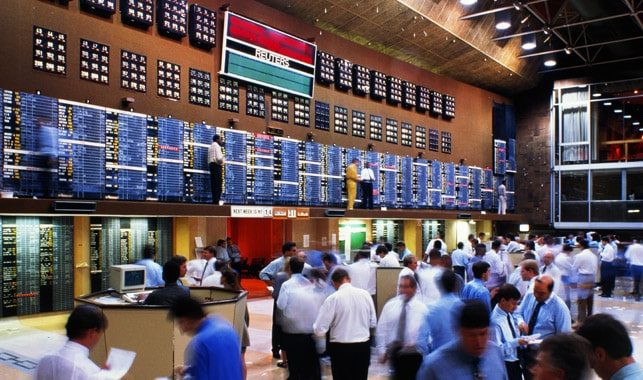 According to the IMF’s World Economic Outlook, South Africa has dethroned Nigeria to once again become Africa’s biggest economy. The two African nations have swapped the title many times in recent years. Nigeria previously held the designation since 2014.

The reasons behind South Africa’s re-coronation are fairly simple. When nations are compared to each other, the values of their respective economies are converted into USD, the international benchmark. Therefore, the results are heavily affected by the fluctuations of international exchange rates.

This most recent announcement has been arrived at by comparing the last GDP figures, from December 2015, with exchange rates from August 2016. The numbers state that South Africa’s economy is now worth $301bn and Nigeria’s is worth $296bn. However looking at this designation in isolation is largely meaningless, telling little about how the economies in these two countries are actually faring.

In June of this year, Nigeria ended its 16 month peg of the Naira against the USD. The peg was put in place in order to stabilize the currency, fixing the value of the Naira to 199 against the USD. However this measure was costly, as the government had to spend billions of dollars worth of currency reserves to uphold it.

Analysts say the global slump in oil prices inadvertently forced Nigeria to abandon the peg. With reduced oil revenues, and government reserves already at critically low levels, there was little choice but to end the fixed value of the Naira. As soon as the control was removed, the value of Nigeria’s currency went into a tailspin. Today the Naira is worth 308.5 vs the USD, compared with the fixed 199 a few months ago. As a result approximately $169bn has been wiped off the value of the Nigerian economy.

Conversely, the South African Rand has risen in recent months. The currency experienced major falls late in 2015; however the Rand is now 17% higher against the dollar than where it sat at the beginning of the year. These two factors explain the recent exchange in status as Africa’s biggest economy.

Alan Cameron, an economist at Exotix Partners said, “More than the growth outlook, in the short term the ranking of these economies is likely to be determined by exchange rate movements,”

A strong argument can be made that Nigeria’s economy has been overvalued since the introduction of the peg, and that the market has corrected itself now that the measure has been removed. However, it would only take a modest rally of the Naira for Nigeria to again eclipse South Africa as Africa’s biggest economy.

Some analysts have called these recent results into question, citing problems with the methodology used to arrive at the new figures. KPMG senior economist Christie Viljoen explained his concerns: “The time difference between the two data points (December 2015 GDP vs August 2016 exchange rates) makes these calculations spurious at best and not really a reliable indicator of recent developments.”

In the coming months, both South Africa and Nigeria will be releasing their official 2016 Q2 GDP reports. Viljoen believes that these figures will bring clarity to the situation, and that there is a possibility that Nigeria will regain the top spot.

Beyond the figures both Nigeria and South Africa are struggling

However these figures can be distracting. A look beneath the surface reveals a somewhat more troublesome picture. Both South Africa and Nigeria’s economies contracted in Q1 of this year. South Africa posted negative growth of -1.2% while Nigeria recorded -0.63%. If either nation posts a contraction for Q2, it will be in recession.

In South Africa, unemployment is at a distressingly high 26.7%, while in Nigeria employment has increased every month this year to 12.1%. South Africa’s economy is fairly dependent on the mining industry which exports heavily to China. The global slump in commodities prices along with China’s slowdown has heaped misery on the sector. What’s more it could see its borrowing power reduced if its credit rating is downgraded later this year. Nigeria has been staggered by extreme levels of inflation, currently at 16.5%, regional terrorism, and the oil crisis.

The rest of the world is no doubt more interested in the arbitrary title of “Africa’s biggest economy” than either South Africa or Nigeria, who both realizes they have serious issues to address.