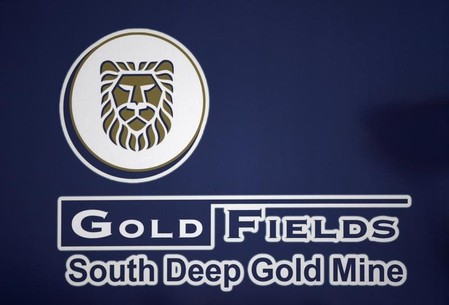 JOHANNESBURG (Reuters) – South Africa’s Gold Fields will buy a near 50 percent share of Asanko Gold Inc’s Ghana subsidiary and take a stake in the Canadian miner in a $202.6 million deal announced on Thursday.

Investors were cautious, questioning whether the African joint venture would make a return any time soon and sending Gold Fields’ shares down nearly 6 percent, in an already weak bullion sector.

Gold Fields said in a statement that as well as acquiring half of Asanko Gold Ghana’s 90 percent interest in the Asanko Gold Mine, its Ghana subsidiary will also acquire associated properties and exploration rights in the African country.

“There’s always some execution risk, they are buying these things but can they actually make money out of it, is what the market is asking,” said Cratos Capital equities trader Greg Davies.

The deal includes an upfront payment of $165 million on closure of the transaction and a deferred payment of $20 million. Gold Fields’ subsidiary will also take a 9.9 percent stake in Toronto-listed Asanko for $17.6 million in a share placement.

The South African miner said the $203 million deal fitted in with its strategy to improve its portfolio by lowering all-in costs and extending mines’ lifespans to enhance cash generation.

Asanko, which is expected to produce 253,000 ounces of gold annually from 2019 to 2023 with a life-of-mine of at least 15 years, also has the potential to make further discoveries, Gold Fields said.

“The Asanko joint venture will give immediate access to low cost production ounces, increasing the quality of the Gold Fields’ portfolio,” the South African miner said.