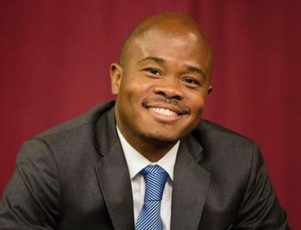 One man’s determination to make Africa great by teaching its fourth generation to be good leaders.

Gaining worldwide recognition, ranked among the “top 10 young power men in Africa” by Forbes Magazine and named one of the World Economic Forum’s “Young Global Leaders” in 2012, few could wish for such an impressive list of accolades. However, for Ghanaian Fred Swaniker, they are just a few happy byproducts of his passionate dedication to educate the fourth generation of post-colonial Africa.

The ambitious entrepreneur has turned his sights towards developing the African Leadership University (ALU). Announcing his plans for the first time in public during a TED talk in October 2014, Swaniker spoke of the potential to educate and develop 250,000 leaders at the University’s 25 campuses across Africa. He estimated that over 50 years that would create three million transformative leaders who could finally walk out the doors of ALU and into the world, hopefully to carry out his vision of leading Africa in a brighter, more prosperous and stable direction.

The TED fellow’s early years were spent moving from country to country almost every four years due to political unrest in his continent. At the age of four he experienced his first coup d’état that forced him and his father, a lawyer, and his mother, an educator, to leave their native home.

His family moved to Botswana, a revelation to the then eight year old Swaniker, who appreciated the country’s good infrastructure, no coups, good education and the fact that “things worked.” It was here, while watching television that the young Ghanaian pin points the moment he realized the power of leadership. As he watched the incarcerated Nelson Mandela refuse to give up the struggle against the apartheid he thought to himself, “one good leader could make such a difference in Africa.”

His experience of living in many African countries kindled a deeper love for his continent and solidified his dream, to dedicate his life to making Africa great. His first opportunity came about whist living in Botswana and his mother was asked to set up a school. On agreeing she made sure to engage her son as the head teacher, a mere 17 year old at the time. It was a life changing experience that would instill in him a deep understanding of the importance of education and responsibility.

Where education and leadership meet

These two pivotal realizations in the African entrepreneur’s life were uniquely profound but combined, they were revolutionary. He realized the potential in teaching leadership skills to bright, ambitious, young Africans to give them the opportunity to transform the continent. “For Africa more than anywhere else in the world, the difference that just one good leader can make is much greater than anywhere else,” Fred Swaniker said during his 2014 TED talk.

After studying economics at Macalester College in the US, he joined McKinsey management consulting firm before going on to obtain an MBA from Stanford University. While there he came up with the idea to create his African college.

It was not an easy road to fruition; he sacrificed his time, finances, energy and even comfort in order to raise what was needed to get ALA up and running. Reminiscing on the time, Swaniker said, “The initial funding came from my friends and family but that lasted for a few months and then it ran out. I really spent the next two years without any money and we just had to find ways to survive.” Luckily his support network was strong, with friends who believed in him enough they would go on to become co-founders and colleagues.

It is with unwavering belief that the leadership development expert approaches the future. As much as he has invested already in his continent, he is ready to invest more. His faith is in this new generation and he is putting all he has into making the doors of his institutions as open as possible, to all.

The university runs a scheme of “forgivable” loans that offer students money for fees and living costs which are not required to be paid back should they work in Africa for 10 years after graduating. It is his way of additionally encouraging the bright, young thinkers to remain, to put all their new found skills and knowledge back into Africa.

“I thought that if I can create an organization that can find young entrepreneurs, young leaders in every country in Africa – that has the potential to really change the continent; if I could build an institution that could develop them, then they could achieve much more than I could achieve by myself.”

And while so much of the Young Global Leader’s time is spent conjuring up new ideas and ensuring the smooth operation of his many institutions, he still makes time to enjoy his relatively new married life. Married on the 8th June, 2013 he and his wife share a love of good food, travel and Africa – a continent that is going from strength to strength thanks to visionaries like Fred Swaniker.