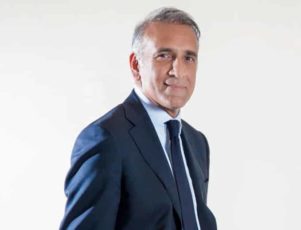 Ylias Akbaraly heads Sipromad Group with 2,000 employees and revenue of $100 million a year.

Madagascar is among the world’s poorest countries, but that hasn’t stopped businessman Ylias Akbaraly from amassing a fortune estimated at $710 million.

Akbaraly, a Franco-Malagasy of Indian origin, has helped build a family business into a conglomerate with holdings in industry, tourism, real estate, aviation, banking, agribusiness, pharmaceuticals and security as well as technology and telecommunications.

Forbes ranked him as the fifth wealthiest person in francophone Africa and his company reported $100 million in revenue last year.

He has master’s degrees in management and marketing from the University of California, Berkeley, and from the School of Management Company of Paris. He also sits on the international council of the Belfer Center for Science and International Affairs at Harvard University.

As chairman and CEO of the Sipromad Group for 20 years, he has helped transform his family’s business from a company of 20 employees to one with 2,000 people on staff and offices in Mauritius, Paris and Dubai in addition to Madagascar.

He received the Pravasi Bharatiya Samman Divas Award in 2009, the highest recognition from the Indian Government to a non-resident Indian, and Britain’s Non Resident Indian Businessman of the Year in 2006.

In 2008, he also co-founded with his Italian-born wife, Cinzia Catalfamo Akbaraly, the Akbaraly Foundation, a charitable organization that aims to reduce poverty through the development of projects in education, nutrition, health, child development and housing. The foundation currently is focused on the “4Awoman Project” to fight against women’s cancer in Madagascar and in Africa.

Akbaraly is also a director of Man and Wife, a family and social magazine published in India, Real Estate Observer, a magazine specializing in real estate and real estate development in India, and the Madagascar Foundation in United States.

The company is building the Orange Telecommunication Tower, a 33-story headquarter building in Atananarivo, Madagascar, that is expected be the tallest structure on the Indian Ocean.

The family and the business grew from humble origins.

His family came from India to Madagascar in 1918 when his great-grandfather sought better opportunities. He became a trader in the coastal town of Belo Sur Tsiribihina. The business passed through generations, and Akbaraly’s father moved the company to Antananarivo in 1972. Initially, Sipromad manufactured and sold wax in Madagascar, then diversified into soaps and candles.

After he returned from studies in the United States, Ylias Akbaraly began working in real estate and rose within the company.

With the expansion of capitalism in the country starting in the 1980s, more investment was possible and the company expanded its holdings significantly.

Today, the family group includes some twenty companies in different sectors as well as interests in other firms and has combined sales of $100 million.

Akbaraly, who aspires to make his home country a major trading hub on the Indian Ocean, said his hero in India is Mahatma Gandhi because he was able to elevate an entire nation and help it grow.

He said he also admires U.S. President Barack Obama as a symbol of global change.

He sees a bright future for his home country as a hub for trade between the Indian Ocean and Africa and a great place to invest, especially in tourism, agriculture, renewable energy and mining. As its political unrest comes to an end, the country, he said, is primed for growth.

“I dream that this beautiful island will become the dragon of the Indian Ocean and a hub for all Africa.’’