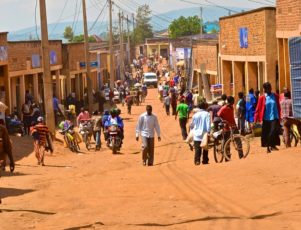 The African nation, along with Cabo Verde, Kenya and Senegal receive the continent’s highest rankings for efforts to support growth and reduce poverty.

Rwanda, Cabo Verde, Kenya and Senegal lead the continent in the quality of their governance and institutions that support economic growth and reduce poverty, according to a new report by the World Bank.

The Evaluation Policy and Institution Investment for Africa 2015 gave Rwanda a rating of 4 of 6 possible points while the three other countries each scored 3.8. The average score for the continent was 3.2, the same as the year before. South Sudan and Eritrea had the lowest scores, 1.9.

The report attributed the lack of greater progress on the continent to economic challenges in 2015.

According to the World Bank, Rwanda has made significant progress in transforming from a low-income agricultural economy to one that is service-based. 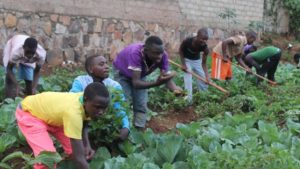 Rwandan youth learning to til

“These goals build on remarkable development successes over the last decade, which include high growth, rapid poverty reduction and reduced inequality,” the World Bank said.

Rwanda, which emerged from a dark period of civil strife and genocide 20 years ago, has seen growth of its gross domestic product averaging 8 percent annually since 2001. The economy grew by 7 percent in 2014 and 2015.

However, the World Bank said poor infrastructure and lack of access to electricity are drags on private investment in the East African nation, which has a population of about 11 million people.

Cabo Verde, an archipelago of islands off the west coast of Africa, has developed rapidly in recent years, thanks largely to a growing tourism industry. The government is also working to make the islands a trade and transport hub, the World Bank said.

The bank described Cabo Verde’s politics as “consensus-oriented,” with established respect for majority rule and civil liberties. It noted that since it gained independence from Portugal in 1975, Cabo Verde has not had a single coup, a distinction shared only with Senegal in West Africa.

Like Cabo Verde, Senegal is considered one of the most stable countries in Africa, with strong democratic institutions dating from the country’s independence from France in 1960, according to the World Bank. The Senegalese recently approved changes in the nation’s constitution that created a new assembly and will allow independent candidates to run in elections.

Senegal’s economy grew by West Africa behind Ivory Coast. High demand, stimulated by lower energy and transportation costs, as well as a government investment program, drove growth in an economy dominated by agriculture and services.

With assistance from the World Bank, Kenya has implemented major structural and economic reforms that have sustained economic growth for the past 10 years. While poverty and inequality persist, the bank said the country’s 2010 constitution ushered in a new political and economic governance system that has transformed and strengthened accountability and delivery of services locally.

At the bottom of the scale in the new World Bank governance ratings, South Sudan and Eritrea struggle.

One of the least developed nations in Africa, Eritrea has seen thousands of citizens fleeing the country for the European Union via Sudan and Ethiopia to escape what they describe as forced labor and other human rights violations.

In South Sudan, meanwhile, fighting between the government and rebel forces have sent refugees pouring into neighboring Ethiopia and Sudan as well.