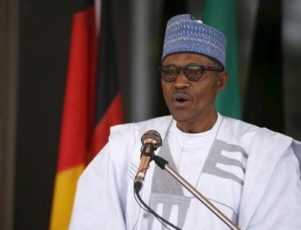 Muhammadu Buhari, the Nigerian President, was in London this month for a multinational conference on tackling corruption. The summit was being held at the Commonwealth Secretariat, in the UK’s capital city, and played host to numerous world leaders as well as the US Secretary of State, John Kerry.

While the event was a positive move by different nations to discuss strategies for breaking down corruption, it was preceded by an embarrassing leak regarding the British Prime Minister.

Only days before the scheduled meeting, Cameron was overheard talking to the British Queen and saying, “We’ve got some leaders of some fantastically corrupt countries coming to Britain … Nigeria and Afghanistan, possibly the two most corrupt countries in the world.”

As Mr. Cameron’s comments were widely reported, President Buhari’s office released a statement to say that the President was “deeply shocked and embarrassed” by the Prime Minister’s remarks.

However, there was a much more subtle retort about to come. A retort in which Buhari accepted the issues that his country faces with corruption, but also shone a light on the vein of hypocrisy, that some might see, within Cameron’s words.

When asked by the BBC whether Nigeria was indeed “fantastically corrupt,” Mr Buhari responded “yes,” and then elaborated on Cameron’s remarks by saying, “He was telling the truth. He was talking about what he knew.”

But the real riposte came when Mr Buhari explained that he was not demanding “any apology from anybody,” adding, “I am demanding a return of assets. What would I do with an apology? I need something tangible.”

This was a reference to the billions of dollars of money stolen from Nigeria by corrupt officials, who then took their ill-gotten gains to the UK. The most recent example of this involves former Nigerian state governor Diepreye Alamieyeseigha, who fled Nigeria as he faced corruption charges, and arrived in Britain with $1.8 million in cash. While Alamieyeseigha was arrested in the UK, and charged with money laundering. £1 million of this money was eventually returned to Nigeria through the Metropolitan Police.

Moreover, this was not an isolated case, or even close to being the largest amount. Funds stolen from Nigeria and siphoned to the UK are nothing new. Almost 20 years ago, the former military head of state, Sani Abacha, was shown to have stolen approximately $5 billion from Nigeria’s coffers, and half of this is estimated to have been laundered in the UK. None of this money was ever recovered by Nigeria, and the incumbent President wonders just where it is and when it will be returned.

The former governor of Nigeria’s Delta State, James Onanefe Ibori, is also estimated to have stolen $250 million from his homeland. Ibori is serving jail time in the UK, but his multitude of British properties has not been processed in order to ensure that the laundered money is sent back to its rightful home.

The reality for both nations

Transparency International’s Corruption Index ranked Nigeria 136th out of 168 nations, and the UK was ranked 10th. However, Transparency International criticized Prime Minister Cameron’s comments, saying that the UK was a key part of the global corruption problem by “providing a safe haven for corrupt assets” and being “by far the most important part of the global offshore system of tax havens and secrecy jurisdictions.”

The recent scandal around the Panama Papers, and the naming of Mr. Cameron’s father in them, is a timely reminder that corruption is not simply a problem in the developing world.

The presence of the various world leaders in London is a positive step, but Nigeria could justifiably argue it is doing more than most to address its problems.

The Nigerian Economic and Financial Crimes Commission has only been operating since 2003, and yet by 2013 it had thousands of convictions. Nigeria appears to be taking corruption seriously, and “embarrassing” comments put to the side, it must be hoped that all the nations at the anti-corruption talks can work together for sustained progress.