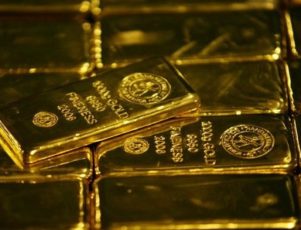 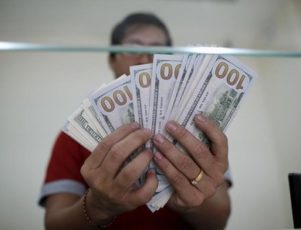 JOHANNESBURG (Reuters) – South Africa has successfully issued a dollar bond overseas to help finance its medium-term foreign currency commitments, the Treasury said on Friday, touting this as a sign of investor confidence despite political upheaval.

Finance Minister Pravin Gordhan has been anxious to reassure investors about continuity in fiscal policy after President Jacob Zuma changed finance ministers twice in less than a week in December, triggering a panic run on the rand.

On Friday, the Treasury said its $1.25 billion 10-year bond, with a coupon of 4.875 percent, had been more than two times oversubscribed, mostly by investors based in Europe and the United States.

“The South African government sees the success of the transaction as an expression of investor confidence in the country’s sound macro-economic policy framework and prudent fiscal management,” it said.

Zuma, who has been dogged by controversy over the past decade, is under mounting pressure to quit after the Constitutional Court found he flouted the law by not heeding a directive to make payments for upgrades to his personal home.

S&P and Fitch both rate South African credit just one notch above junk, while Moody’s is two notches over sub-investment grade.

Analysts said South Africa had benefited from a general rise in demand for high-yielding emerging market assets after the U.S. Federal Open Market Committee (FOMC) signalled it might be a while before U.S. rates rise.

“There was clearly a window here for them to issue after the FOMC reprice and before a wall of downgrades from the ratings agencies,” Nomura analyst Peter Attard Montalto said.

“They have significant forex deposits already so they can probably wait until next year for the next issuance.”

The rand extended gains against the dollar after the Treasury’s statement, climbing to a session high of 15.0155, up 1.5 percent for Thursday’s close.

Government bond prices also rose, sending the yield on the benchmark bond due in 2026 down 8.5 basis points to 9.19 percent.

The coupon for the bond represents a spread of 335 basis points (bps) above the 10-year U.S. Treasury benchmark, which analysts said was in line with South Africa’s current funding rate.

The price compares to initial thoughts of plus 350 bps and guidance of plus 335 bps, plus or minus 5 bps.

“There is always demand for our paper and there will always be demand for EM in general because of the nice yields that it provides,” Rand Merchant Bank trader Gordon Kerr said.

(By Stella Mapenzauswa. Additional reporting by Olivia Kumwenda-Mtambo in Johannesburg and Claire Milhench in London)

HARARE (Reuters) – Zimbabwe’s banks are limiting withdrawals as an excessive demand for cash has lead to shortages, the central bank chief said on Friday.

Zimbabwe ditched its currency in favour of the U.S. dollar after hyper-inflation scaled 500 billion percent in 2008, leaving it unable to print its own money.

A shortage of notes surfaced at the beginning of March, which the Reserve Bank of Zimbabwe (RBZ) initially said was caused by financial institutions underestimating demand and failing to improve distribution to branches.

On Friday, RBZ Governor John Mangudya told a parliament committee that the government had injected $145 million worth of cash into the financial system between Jan. 1 and April 6, while banks had imported $118 million.

“We don’t think the money is circulating … that money is not there in the banks,” Mangudya said. “There is excessive demand for cash. The appetite for holding cash in this country is very high.”

Banks have been limiting withdrawals to as low as $200, causing frustration among customers and discouraging deposits.

Most Zimbabweans earn a living in the informal sector and prefer cash transactions. Confidence in banks was also dented after hyper-inflation effectively wiped out savings.

In February Mangudya said companies and individuals in Zimbabwe had illegally exported $1.88 billion last year. He capped daily withdrawals at $10,000, saying amounts above that would require central bank approval.

Besides the U.S. dollar, Zimbabwe also allows use of South Africa’s rand, pound sterling, the euro and China’s yuan. 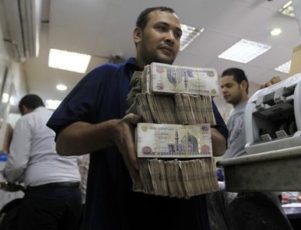 Central Bank Governor Tarek Amer is battling against a black market which is sucking up hard currency liquidity from the banking sector and hurting the pound, which has weakened to record lows of 10 per dollar versus an official rate fixed at 8.78 per dollar.

Amer met the general prosecutor on Saturday and requested an investigation be opened targeting around 15 exchange bureaus which he accused of fuelling a dollar crisis, prosecution sources said.

“Based on his request the prosecution … requested from the unit in charge of public funds to investigate these (bureaus),” one prosecution source said.

“(Amer) accused them of causing the dollar crisis by hoarding dollars and refusing to sell, which caused a rise in the price of the dollar,” he said.

Market sources say traders at exchange bureaus often do not sell at official rates, saying they do not have the dollars to sell. They then offer dollars at higher rates, unofficially, outside the exchange bureaus.

The central bank does not have an official spokesperson and officials are not available for comment.

Egypt, which relies heavily on imports, has been facing a dollar shortage since a popular uprising in 2011 drove away foreign investors and tourists, both major sources of hard currency.

The country’s foreign reserves had tumbled to around $16.5 billion in February from $36 billion in 2011.

On March 14 the central bank devalued the pound to 8.85 per dollar from 7.73 and announced it would adopt a more flexible exchange rate. Two days later it strengthened it to 8.78 per dollar and has held to that rate since.

Bankers and traders on the black market say the devaluation is failing to narrow the gap between official and unofficial rates because the demand for hard currency is high and the banks do not have the dollars to meet it.

In February, the central bank revoked the licences of four exchange bureaus after the first meeting failed to cap the price of the dollar at 8.6 per dollar.