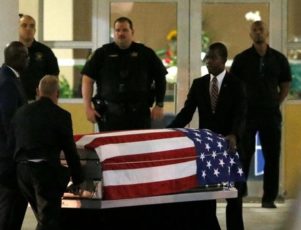 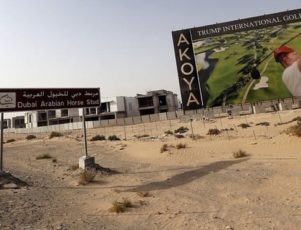 Taking a look at Donald Trump and his recent outbursts that might alienate him with the Muslim world.

Donald Trump is making a lot of headlines these days and while they haven’t all been flattering, the 69-year-old business mogul seems unfazed that his brass manners have created such media furor. He is not a repentant person and has shown that he thrives in the media’s spotlight. He is often seen using loud words and confrontational rhetoric that that has helped him create both more supporters and more opponents, effectively polarizing the public, and whether for better or worse, he has been getting lots of media attention during his election campaign.

In a recent interview with Joe Scarborough on MSNBC’s “Morning Joe”, multi billionaire and presidential candidate Donald Trump made it clear that he would not be adverse to more surveillance of mosques in the US or even looking into closing some of them down. He believes a lot of the radicalization takes place in these mosques and that hatred towards America emanates from these houses of Muslim worship.

While these actions might alienate him to Muslims in general, they are nevertheless measures aimed at US citizens on US soil and as such they are not targeting the Muslim world in general. However, when he wants to ban all Muslims from entering the US, he’s sending a clear message to the international community as well. Adding to that his recent comments about Saudi Arabia being on par with China and other countries which he deems are cheating the US and one can understand why he might seem confrontational from a more international perspective.

In a recent media spat, which was born after Trump had the idea to ban Muslims entering the US, Saudi Prince Alwaleed bin Talal let the presidential hopeful know what he thought of him when he tweeted the following: “You are a disgrace not only to the GOP [the Republican Party] but to all America. Withdraw from the US presidential race as you will never win”.

Donald Trump responded with accusations that Alwaleed bin Talal wants to control the US government with his daddy’s money and also called him “dopey”, which will surely not serve to lessen the tension between the two.

While Alwaleed bin Talal does not represent a united Muslim world, he is a well-known business magnate and philanthropist, ranking 34th on Forbes List of the richest people in the world in 2015. He has an estimated net worth of 28 Billion USD, dwarfing Donald Trump’s net worth and recently made headlines when he let the world know he’s donating his fortune to charity.

For the average voter in the US though, Alwaleed bin Talal is not exactly a household name and banning Muslims is not a problem. Among the American public Trump has the majority backing his proposal among Republicans, with a large estimated one third minority among Democrats backing him as well. Trump and the international business world

The big question for business mogul-come-presidential nominee is not just about winning or losing the presidency. As a business man and a professional he must also contend with the lost business and brand value he is suffering from his remarks in the parts of the world he has been seen as demeaning.

The evidence seems to suggest he is already losing business in the millions from former partners in the Middle East as the Landmark Group is cutting its ties with the Trump Organization and will no longer carry home decor products from the company that is headed by Donald Trump.

What he is losing in business and brand value in the Middle East, he is most likely making back in campaign funding however, which has increased as he rides the wave of fear of Muslims and terrorism that has enthralled certain American voters.