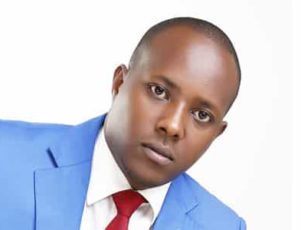 At age 32, Kinoti operates four businesses, including a tent manufacturing company with $1 million in annual sales.

Kenyan businessman Eric Kinoti says entrepreneurship is a journey. At age 32, he has already come a long way.

From a humble start selling eggs by day and working the night shift at a hotel, Kinoti has gone on to launch four companies, including the successful flagship Shades System East Africa, which manufactures canopies, military and party tents, gazebos, and car park shades.

The company, which Kinoti started when he was just 24 years old, has customers in several African countries including non-governmental and humanitarian organizations and reports annuals sales of $1 million.

One of a growing number of Kenyan entrepreneurs, Kinoti has been recognized twice by Forbes as a top African entrepreneur and in 2014 was named to Forbes list of 30 Under 30 Most Promising African Entrepreneurs.

Born in Mombasa and raised in Mombasa and Meru, Kinoti went on to earn a degree in business management at Tsavo Park Institute. He became interested in business as a child. At 10, he worked as cashier in his father’s shop and sold snacks to his classmates at school.

After he finished college, he got a job as night cashier at a hotel in Malindi and spent his days buying and reselling eggs.

After a move to Nairobi, he tried to start business selling milk to hotels. But a breakthrough came when a customer asked him to supply a tent. Kinoti found that non-Kenyan companies dominated the tent business in his country, and the idea for Shades System was born.

He said raising capital has been his biggest challenge.

At one point, he borrowed from a money-lender to start his first and saw his belongings sold off when he couldn’t pay. He ended up paying back the full amount, $20,000, plus $10,000 in interest.

But he persisted. Kinoti stressed that entrepreneurship is a journey, not an overnight get-rich success.

He said young entrepreneurs often jump from one idea to another in hopes of making fast money but that rarely pays off. “You cannot be rich in a day. You have to accept that entrepreneurship is a process,” he said.

He said he has also learned to be careful whom he trusts and not to rush decisions.

Early on, he trusted people with money and some ran off with it.

He also discussed his business ideas freely, only to find others used his ideas. The lesson? “As an entrepreneur, listen more than you speak,” he said.

Kinoti said he also made mistakes jumping in too quickly when a deal sounded good.

For example, he said opening Safi Sana Home Services was premature and the returns so far have not been very good so he is restructuring that business as a web portal offering home improvement solutions.

He said he might better have focused more attention on the tent business and waited to start a new company.

“It’s important to create a strong foundation,” he said. “Then you can proceed to another business.”

According to USAID, Kenya has become a center for entrepreneurship and innovation. The agency’s Development Credit Authority has sought to increase access to capital for small businesses and promising entrepreneurs.

In 2014, USAID mobilized $340 million in credit and enabled nearly 600,000 loans to small and medium-sized businesses.

The agency’s Yes Youth Can program has helped expand economic opportunities for young people through training and access to loans.

The hope is that young Kenyan entrepreneurs will be able to avoid the expensive moneylender trap that Eric Kinoti had to climb out of on his journey to creating a thriving business.