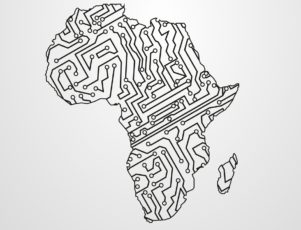 There is an urgent need for a data governance framework across the region that is supported by robust, empowered institutions which can support development and allow for entrepeneurship to flourish, offering huge possibilities for the African continent.

Rapid digitization offers huge possibilities for the African continent, galvanizing regional developments like free trade areas and structural transformations that in turn promise economic and social growth. Moreover, with the pandemic proving that digital access is a necessity for all, creating secure, reliable digital infrastructure should be a priority for everyone. But while African countries have benefited from technological uptake across health care and economic sectors, there is a large digital gap, and threats ranging from digital monopolies, to lack of electricity, to inefficient regulation could slow this digital revolution. Implementing a data governance framework for the entirety of the continent is therefore a crucial next step. 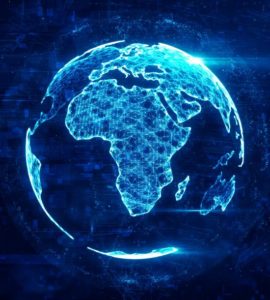 A regional approach to data governance

A data governance framework is the collection of rules and processes that ensure privacy and compliance with enterprise data management in a country or region. With rising cybercrime, ransomware attacks, and identity theft, ensuring that all organizations and governments are following an established set of rules will offer safety to consumers and encourage confidence for entrepreneurs. There are two broad sets of laws:

While national efforts are ongoing, the data policy environment in Africa as a whole remains fragmented. Currently only eight African countries have ratified the Malabo Convention, a regional approach to data protection and cybercrime, and only six are participating in the World Trade Organization’s e-commerce negotiations to set up new global trading rules for e-commerce and digital trade.

Before the continent can properly realize any kind of digital transformation, it must resolve a connectivity problem. In 2017 only 22% of the population had access to the internet, barring most of the continent from e-commerce and other new services. This holds back both startups, who struggle to attract funding, and established businesses who are slow to adopt digital technologies due to a lack of customers benefiting. While the ICT and mobile sectors have grown since then, especially after the Covid-19 pandemic started, millions in Africa still lack basic connectivity. In response to this, there are two main options being pursued:

A united, regional approach focusing on ‘enabler laws’ would help with this problem, and the African Continental Free Trade Area (AfCFTA) represents a key stepping stone towards a regional data governance and infrastructure policy that could start to change this environment.

From cybercrime to monopolies to offshoring

Even though infrastructure problems are slowly being resolved, a true, effective, regional data governance framework is important for promoting productive and inclusive growth on the continent. In order to ensure that technology complements and does not substitute workers, the digital literacy of Africa’s workforce needs to be increased, both in terms of hard and soft skills. This will help promote job opportunities, rather than replacing jobs with offshore jobs or automation.

There is also the threat from private businesses themselves. The current platform-based business model that dominates in the digital sector encourages a winner-takes-all, monopolistic paradigm which is especially harmful to developing economies. Still, leaving the solution with governments raises questions about data protection and citizen privacy. In both cases, it leads to high prices, poor quality of services, and potentially includes privacy violations for the customers and service users.

The intersection of all of these threats significantly affects the potential positive impacts of digitization on the African continent. There is an urgent need for a data governance framework across the region that is supported by robust, empowered institutions. This can foster a fair and competitive ICT market on the continent, promoting sustainable and productive growth. 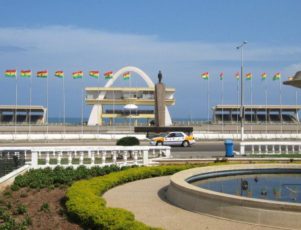 10 countries see improvement in their political systems and Mauritius, Cabo Verde and Botswana are the top rated.

Africa has seen scant improvement in national governance in recent years and more than a third of its 21 nations saw declines in the quality of their civic systems, according to a comprehensive index established by a Sudanese philanthropist.

The overall average for the continent increased by only 0.2 points to 50.1 out of a total of 100 possible points between 2011 and 2014, according to the Ibrahim Index of African Governance. The index also showed a decline of more than two points in the area of economic opportunity.

Twenty-one countries, including five of the top ten nations, have experienced deterioration of government performance since 2011 while only 10 countries registered improvement.

The annual index is produced by the foundation of Sudanese telecom billionaire Mohamed Ibrahim, who is known for fighting corruption. Launched in 2006, it evaluates governance in each of 54 African countries based on 93 indicators that fall into four broad categories: safety and rule of law, human development, participation and human rights, and sustainable economic opportunity.

Ivory Coast was most improved with an increase of 8.4 points. The West African nation is emerging from years of civil war that was triggered by a disputed election in 2010 and left an estimated 3,000 people dead. Ivory Coast held successful democratic elections for president in 2015.

Thousands have been killed or displaced in South Sudan as the government battled rebel forces since 2013. The United Nations has warned that nearly 25 percent of the population of South Sudan is in urgent need of food.

After years of civil unrest, Mali has been plagued by jihadist attacks targeting tourist locations. Islamist militants killed 20 hostages in November at a hotel in the capital of Bamako.

In the Central African Republic, hundreds have been killed and an estimated 35,000 people displaced since 2013, when a mostly Muslim group overthrew the government. Widespread accusations of human rights abuses by that group prompted formation of mostly Christian militias that have retaliated against Muslims.

Tanzania, Uganda among those with declines

The index also revealed striking differences across regions of the continent, from an average low of 40.9 points in Central Africa to a high of 58.9 points in Southern Africa. East Africa scored 44.3, North Africa 51.2 and West Africa 52.4 In addition to being the lowest rated, Central Africa was the only region where governance deteriorated, according to the index.

In its four categories, the index showed that the sustainable economic opportunity indicators had the lowest average score for the continent, 43.2 points, a decline of 0.7 points from 2011. In particular, the index showed a decline of 2.5 points in “business environment,” which included a drop of 11 points in the sub-category of soundness of banks.

Ibrahim said that while the continent has made significant progress in the past 15 years, the latest results are cause for concern.

The 2015 index “shows that recent progress in other key areas on the continent has either stalled or reversed, and that some key countries seem to be faltering,” he said. “This is a warning sign for all of us. Only shared and sustained improvements across all areas of governance will deliver the future that Africans deserve and demand.”