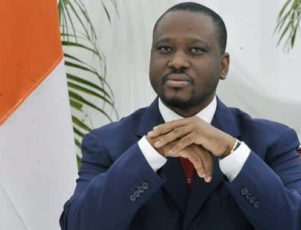 A passion for freedom has led Guillaume Soro from command of rebel forces in Ivory Coast’s brutal civil wars to the highest echelons of government in the West African nation. But Soro also faces accusations of inhumane treatment during the country’s civil war in 2011.

Soro, now President of the National Assembly, was briefly subject to an arrest warrant in Paris in December. His accuser is Michel Gbagbo, the son of Soro’s archrival, the former Ivory Coast president Laurent Gbagbo.

Michel Gbagbo has filed claims in a Paris court accusing Soro and other senior leaders in the rebellion of “kidnapping, false imprisonment, and inhumane and degrading treatment” before he was released in 2013. Soro denies the charges, saying Michel Gbagbo was arrested legally along with his father in 2011.

The younger Gbagbo sought to have Soro arrested and compelled to testify in December when Soro was in France attending the Paris Climate Conference. Gbagbo has dual French-Ivorian citizenship, which enabled him to bring the case to the French court in 2012. But a judge lifted the warrant after the government of Ivory Coast protested that Soro was in Paris on official business and thus had diplomatic immunity.

The enmity between Soro and Laurent Gbagbo is woven into a tapestry of civil unrest in Ivory Coast that dates back nearly 15 years.

Soro, now 43, was a leader of student uprisings against Gbagbo’s predecessor from 1995 to 1998 and did six stints in prison. After studying law in France for a time, he lived in exile in neighboring Burkina Faso before civil war erupted at home in 2002.

Soro led the Patriotic Movement of Ivory Coast, an opposition group that rebelled against Gbagbo, who became president in 2000. The movement combined with two other rebel groups to form New Forces, which seized northern Ivory Coast and accused Gbagbo of discriminating against northerners and Muslims.

“I have taken up arms to (help) my country to find its true face: peace, freedom and prosperity,” Soro wrote of his decision in his 2005 book, “Why I Became a Rebel.” He said he feared the country was on the brink of genocide.

As part of a 2003 peace deal, Soro joined the Gbagbo government as Minister of Communications. But fighting continued until a 2007 power-sharing deal elevated Soro to the post of prime minister. Gbagbo and Soro participated in a disarmament ceremony, burning their weapons to symbolize the end of the conflict.

In a speech, Soro apologized “to everybody and on behalf of everybody” for the harm done by the war.

That didn’t end the violence. Rockets were fired at a plane carrying Soro in June 2007, just two months after he was named prime minister. Soro was not hurt but three other passengers were killed in the attack on the plane as it landed in Bouake. Several arrests were made and there was speculation at the time that the attackers might have been members of Soro’s own New Forces, unhappy that he had joined the government. Soro also survived five previous assassination attempts.

Long-delayed elections in 2010 sparked further violence after Gbagbo refused to concede the election to Alassane Ouattara, who ultimately became president with the backing of the French and the United Nations. Soro resigned from the government and joined opposition forces in support of Ouattara, who won 54 percent of the vote.

The post-election conflict left about 3,000 people dead, displaced tens of thousands, and gave rise to accusations of war crimes on both sides. Soro rejoined the Ouattara government as prime minister and then was elected in 2012 to his current post as President of the National Assembly, the second highest post in the government. Soro is also Ouattara’s designated successor.

While Soro had many supporters in Ivory Coast as well as in West Africa and Europe, some questioned how national reconciliation could go forward with a divisive figure in a top post.

Soro is one of only a few on the Ouattara side of the conflict who have been accused of crimes during the war while hundreds on the Gbagbo side have been investigated, prompting complaints of imbalance by human rights groups.

Meanwhile, Ouattara was re-elected by a landslide to a second five-year term as president in 2015, spurring hopes that the country has reached political stability. But echoes of the long conflict continue to reverberate in French and international courts.