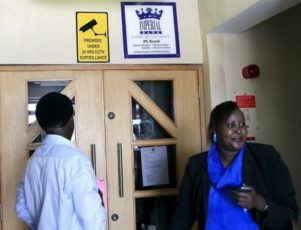 NAIROBI (Reuters) – Kenya’s NIC Bank has been appointed as a consultant to assess the assets and liabilities of Imperial Bank, which was put into receivership in October after fraud was uncovered, the central bank said on Tuesday.

The appointment of NIC Bank, a mid-tier bank, would ensure customers receive more of their deposits after the closed bank’s shareholders failed to support a proposal for swiftly reopening Imperial, the central bank said in a statement.

Three small or medium-sized banks in Kenya have been closed in less than a year, unnerving investors. The central bank has said financial issues were specific to the banks concerned and did not pose a systemic risk to the economy of the East African nation, which is a regional financial centre.

Earlier this year, the central bank said clients with deposits of up to 1 million shillings ($9,886.31) would receive funds in full, while those with larger deposits would have to wait for investigations to end to determine the fate of their funds.

NIC, appointed by state receiver Kenya Deposit Insurance Corporation (KDIC), would oversee disbursement of a maximum of 1.5 million shillings to remaining depositors once a court rules, likely on July 4, to lift the suspension of payments.

More deposit payments could be made after that following the completion of due diligence by NIC, which would assume a portion of the remaining deposits and other assets and liabilities, including a majority of Imperial’s staff and branches.

Central Bank of Kenya Governor Patrick Njoroge told a news conference that NIC was not acquiring Imperial Bank, and also said a moratorium on new bank licences remained in place.

Most depositors in Kenya’s Imperial Bank to get cash back 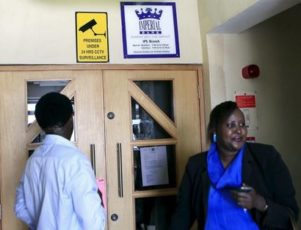 NAIROBI (Reuters) – Kenya’s central bank said on Wednesday that almost 90 percent of depositors in Imperial Bank, which was taken into receivership in October because of fraud, would receive their full deposits back.

Governor Patrick Njoroge told a news conference the private shareholders had said they were “interested in recapitalising” the bank but had not presented a plan till now to allow it to re-open, so liquidation was still an option.