Most depositors in Kenya’s Imperial Bank to get cash back 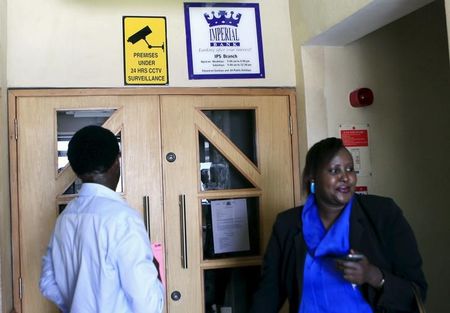 NAIROBI (Reuters) – Kenya’s central bank said on Wednesday that almost 90 percent of depositors in Imperial Bank, which was taken into receivership in October because of fraud, would receive their full deposits back.

Governor Patrick Njoroge told a news conference the private shareholders had said they were “interested in recapitalising” the bank but had not presented a plan till now to allow it to re-open, so liquidation was still an option.

Africa, Business, Latest Updates from Reuters Most depositors in Kenya’s Imperial Bank to get cash back