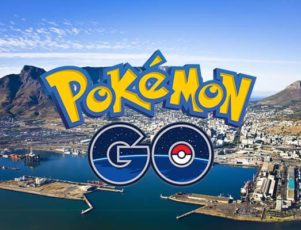 Pokémon Go has only been out for a month, but its popularity has led to global game-play including in many African countries.

The world has caught Pokémon fever and Africa has not been immune. Even though there is no official launch date for Pokémon Go anywhere in the continent, it is easily available to download from the app stores for those savvy and desperate enough to play ahead of its release. In the month since its launch it reportedly has more than 75 million players worldwide, overtaking Twitter for global users.

Pokémon Go is a 2016 release from Niantic, in collaboration with Nintendo who released the original game 20 years ago. Unlike the archetype which was played in a world contained inside a handheld Gameboy, Pokémon Go is set in an augmented reality universe. Players roam their real world which is overlaid with computer-generated imagery, attempting to catch creatures and battle them in simulated fight scenes. This is the first release of the game and it is predicted to launch versions where players can battle other players instead of AI characters.

The game has been particularly popular in South Africa, with regular ‘meet-ups’ throughout the country, including in Cape Town and Johannesburg. Recent meet-ups in Port Elizabeth have even been coupled with aid drives for animal charities, capitalizing on the success of the app and need for players to gather in prime locations.

Similarly in Nigeria, there has been a veritable craze for Pokémon catching all over the country. Not long ago, an online craze would have been unthinkable in a city like Lagos, famous for its patchy mobile coverage. Recent improvements have changed matters however, with providers promising 3G coverage for 90% of the country and fiber-optic rollouts imminent.

Ghana and Kenya paint a similar picture with players roaming the streets looking for creatures and convening in “hotspots” in all major towns. Unlike in the western world, where Pokémon Go is widespread, in Africa it’s only the affluent and developed areas that seem to be picking up on the craze. This is due to the higher than average ownership of smartphones, coupled with access to mobile data services, along with generally higher socioeconomic circumstances.

While Nintendo has seen a rise in $7.5 billion to its market value, Pokémon Go has also been profitable for local businesses, utilizing their location or certain elements of the game to attract customers and drive sales. Many bars and restaurants, such as Beerhouse and Steers Fast Food in South Africa are offering unique promotions connected to the game, and using social media to promote Pokémon locations near their business. Some venues have even been placing Pokémon “lures” to promote their happy hours and organizing walks and Pokémon Go-themed events. Many South African “meet-ups” have also combined Pokémon catching with charitable drives, such as for local animal charities in the area.

With increased real world interaction and a new global interface, the drawbacks are obviously related to player security. According to insurance group Dialdirect, users in South Africa need to be cautious when playing, as they could become easy targets for crime. Many areas in Africa are dangerous for solo pedestrians to be walking around at night, or with their smart phones clearly on display. Crime that has been seen in other countries could be amplified in some of Africa’s more unsafe regions, particularly if users enter into those areas unknowingly and without weighing up necessary risk factors. “We usually recommend that consumers conceal their smart phones and that they don’t unnecessarily brandish them about” said Dialdirect spokesperson, Bianca de Beer.

Playing can be a real life danger to users

Users risk their online security as well as their real-life security by irresponsibly playing the game. While Pokémon Go is not officially available in Africa, illegitimate users risk their phone’s security by accessing the app via third party channels, leaving their device open to hackers. According to a statement by IT security company Sophos‚ there is already one “malware” mirror version of the Pokémon Go app out there and being downloaded. Users are urged to play with caution and not put themselves into risky situations, in real life or otherwise.

As the technology wave surges across Africa, connecting ever more people to internet and data services, Pokémon Go and its successors are likely to usher in a new generation of avid gaming enthusiasts. With such popularity in Africa even before its official release, Pokémon Go seems to be here to stay.