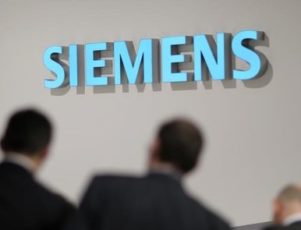 Joe Kaeser said Egypt, whose state-run electricity grid is creaking under the weight of fast-growing demand, needed extra capacity before the start of the hot summer months – faster than Siemens could build new turbines under the existing deal.

“We had to come up with a good plan as to how we could help – and this plan pleased the president,” Kaeser said after a trip to Egypt during which he met President Abdel Fattah al-Sisi.

“We have a handshake on which we can build,” he added in the interview with Siemens Welt seen by Reuters on Friday.

The extra capacity would be 800 megawatts, which would be produced by upgrading existing power stations and putting into place decentralised power-generation units, Kaeser said. He did not say how much the deal could be worth.

The 8 billion-euro deal signed in June was for 16.4 gigawatts and is designed to boost Egypt’s power-generation capacity by 50 percent after going online in 2017.