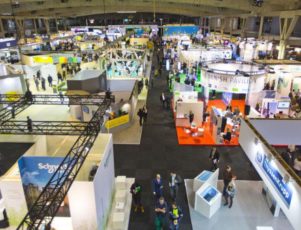 Casablanca became the first African host to the Smart City Expo this month.

Casablanca achieved a first for Morocco and Africa when it played host to the international Smart City Expo between the 18th and 20th of May this year. While it was a new experience for one of Morocco’s most famous cities, it was also an event with a new focus. The Casablanca Smart City Expo saw a subtle shift in discussions, away from simply technology, to greater emphasis on environmental issues and sustainability.

Technology will always be at the forefront of events such as this, but it appears there is now a commitment to finding ways to use technology for more than just human convenience.

An eclectic and international event

The motto for the May 2016 event was “An open city, inclusive and innovative,” and with guests from around the world, working across multiple platforms, it appears to have lived up to its theme. Academics, researchers and business representatives attended various meetings and workshops, while several events encouraged members of the public to participate too.

Hundreds of participants from across the globe attended the 2 day event, which featured an opening speech from Casablanca’s mayor, Abdelaziz El-Omari, and was officially endorsed by Morocco’s King Mohammed VI.

Casablanca was chosen to host the event by the US Institute of Electrical and Electronic Engineering, while the various exhibitions and public events were organized by Casablanca Events & Animation.

The project saw more than 80 speakers host talks on the integration of technology into city life, and how it can be utilized to improve various aspects of urban living. The four main themes for discussion were Sustainability and Resilience, Mobility and Urban Planning, Collaborative Cities and Citizen Engagement, and Technology and Green Development.

Engaging the local citizenry was a clear priority at the Expo as four major grassroots events looked to attract public involvement. These involved free city-wide Wi-Fi for 4 days, a University showcase of public-centered smart initiatives, a public showing of a new film Human, and a 3 day event for people to try and create new apps.

Aawatif Hayar, Cluster Smart City director of Casablanca, spoke about the significance of reaching out to the people of the city, saying, “This participatory approach will allow us to build projects and interconnected sites in order to gradually develop a smart city…capable of transforming societal and economic challenges into business opportunities.”

Creating technology that cleans up urban environments is intrinsically linked to human welfare, and the desired experience of living in a smart city was central to many platforms.

One of the opening speeches came from Uwe Seidel, a senior consultant from German VDIVDE, who highlighted his views on the cities of the future saying, “The most important thing in building smart cities is to put people first.”

Experts such as Boyd Cohen, urban climate strategist and Entrepreneurship & Sustainability professor at EADA Business School Barcelona, were among other key speakers who reiterated the desire and need for technology to create greener solutions.

Many of the most successful green urban advances have come from Scandinavian cities, and the Expo allowed examples from places such as Finland to be presented to the multinational event.

The United Nations’ Chief of Sustainable Lifestyles, Arab Hoballah, highlighted how integral technology could be for future urban life, saying that cutting edge technology can “be used for achieving sustainability and quality of life.”

Importantly for the African representation in Casablanca, this was an area that Mr. Hoballah felt African nations could make huge progress in. When asked about African nations’ ability to follow in the footsteps of Scandinavia, Hoballah said, “African cities can, and probably will, develop fast, because of digitality…because of smart phones, the kids have the world in their pockets.”

It is fitting that as technology spreads rapidly in Africa’s developing markets, an event that placed great focus on utilizing this for human well-being was held in a major African city. Africa’s first Smart City Expo has come to a close, but after such a large and successful event, it would be no surprise if the continent plays host once again in the near future.