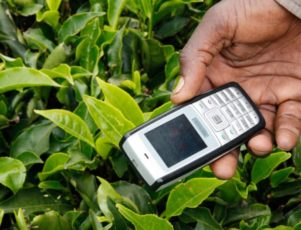 WeFarm aims to help farmers around the world support each other through simple SMS connections.

WeFarm was launched in 2014, as a means of giving farmers – in very different areas – access to advice and information from other people in the trade. The idea was to connect people who had no internet access, in order to give them the opportunity to learn from each other, and help share vital information. The company’s slogan is: “The internet for people without the internet”.

With 500 million small-scale farmers across the world, offering a wealth of experiences and methods to draw on, peer-to-peer networking for this essential group of workers could be huge. CEO and founder Kenny Ewan spent 7 years working with many remote agricultural workers in Peru before he devised the idea.

Ewan explained what inspired his idea: “I was always very impressed with the unique and low-cost solutions farmers would come up with as solutions to their problems, (but) farmers living less than 20 miles away wouldn’t have any way to hear about these local innovations because very few people in rural Latin America and Africa have internet access.”

From here the WeFarm idea was born. Ewan approached his co-worker, Claire Rhodes, and the two quickly drafted out their plans. After winning grants from the Nominet Trust and the Knight Foundation, WeFarm began to pilot its service in Kenya and Peru. 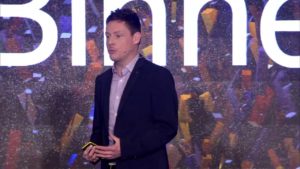 While it might initially seem unusual to try and connect such different markets as Kenya and Peru, Ewan explains that a wide range of experiences is a strength for the system. Citing a recent example of a Kenyan farmer who wanted information on keeping rabbits, Ewan says, “He was able to ask questions and get information from someone who’d been keeping rabbits for 20 or 30 years on their farm. He was a farmer in Kenya. His question got answered in Peru.”

Once a farmer has signed up to the service, they simply text a question to the local WeFarm number, and WeFarm’s online system scans the question for keywords, before forwarding it to farmer profiles that seem relevant. A body of translators ensures that questions can be asked and answered in English, French, Spanish, and Swahili.

WeFarm had 33,000 Kenyan farmers signed up inside 10 months of launching, and within its first month in Uganda there were 5,000 Ugandan members.

Ewan hopes that by sending questions to both local and remote members, all those using the service can benefit greatly. “Farmers,” he noted, “can obtain both instant, relevant local knowledge as well as new ideas and insights from further afield.”

With over 5.2 million messages having already been sent, and with an average of 65% of all users contributing their own knowledge to the service, WeFarm is growing quickly.

The service is on the verge of launching in Tanzania and The Ivory Coast, but it also has plans far beyond these impending introductions.

There are planned moves into the markets of Rwanda, Ethiopia, India, and Brazil, with Ewan and his team currently raising $2.9 million in funding to drive this expansion.

As the database of information increases, so does the opportunity for the company to expand its positive influence. The beneficial information, that farmers can find ranges from more in-depth reports on market prices and products, to shared tips about adapting practices to climate change.

As the company grows, so does the proportion of farmers in the developing world who can grow their own business. Moreover, as everything at the user level requires no more than a basic cell phone, the penetration of the project far outstrips internet access.

Ewan says that some people were skeptical about farmers helping each other for no fee, but on the contrary their users embrace the chance to share their views. Ewan said, “It’s not just about the exchange of information; it’s also about empowering people to have their voice heard.”

As WeFarm continues to grow, a lot more of the farming world’s voices should soon be heard.