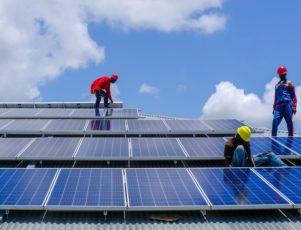 As part of the UN’s Sustainable Development Goals, the Climate Aggregation Platform is running a competition for off-grid solar financing in Africa. The results will provide a range of development benefits, especially for remote communities.

New financing models to tackle the lack of electricity for Africa

As part of the UN’s Sustainable Development Goal of universal access to clean, affordable, reliable energy for all by 2030, the United Nations Development Program (UNDP), through the Climate Aggregation Platform (CAP) is running a competition for off-grid solar financing in Africa. Applications have now closed for the first edition of the CAP Financial Innovation Challenge, which will cover East Africa. Aggregate funding projects like this are aimed at countering investment barriers and unlocking new financing for small-scale renewable energy projects, and the increased access to electricity will provide a range of development benefits, from giving farmers access to solar-powered irrigation to health facilities in villages no longer relying solely on diesel generators, to better-lit streets and roads for remote communities.

Financing solar initiatives in Africa is not without risk or problems, and new sources of funding and new financing mechanisms are required if the necessary investment to meet the Sustainable Development Goal by 2030 is to be reached. In this case, the CAP is using financial aggregation, a process in which multiple energy assets, projects, and companies are compiled into investment portfolios. Investors choose to put money into these portfolios, rather than into specific initiatives. 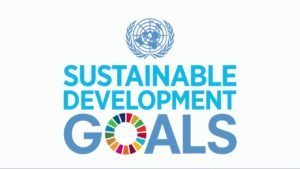 This aggregation of projects reduces the risk to investors, as well as the transaction costs of investing in multiple projects, and can help counter investment barriers that would prevent these projects from being financed. A recent report from the UNDP and Climate Bonds has shown that financial aggregation has untapped potential in bringing financing to small-scale clean energy projects. Eduardo Appleyard, CAP project coordinator says, “while the market is still nascent, financial aggregation could one day be a game-changer for distributed renewable energy companies…through this process we want to spark a conversation about financial aggregation grounded in real-life examples to help demonstrate its potential and better understand market barriers and opportunities.”

The CAP Financial Innovation Challenge is open to solutions that involve financial aggregation at different levels, such as bundling individual assets, projects, or companies together, and also to other innovative aggregate models, such as carbon credit solutions, renewable energy certificates, innovative models for receivables financing, and digital aggregation platforms.

The CAP Financial Innovation Challenge will aid in the transfer of hands-on knowledge of solar energy applications that will help overcome energy-related challenges in East African countries. According to the UNDP, off-grid solar and mini-grids are the key to providing reliable electricity to under-served communities without access to electricity and to those that are in regions where the national grid is not reliable.

Off-grid solutions are standalone solar power collection systems operating independently of the main power grid. They are typically sufficient for phone charging and lighting but do not normally provide enough power for larger electricity loads such as powering machinery or agricultural equipment. Mini-grids are larger systems that provide an independent network for communities where the population is too small or remote to make a national grid extension feasible.

The first initiative is exclusively for projects in East Africa, and funding from the Global Environment Facility (GEF) will be given for up to five projects, with at least one project in Rwanda and Uganda each. Each winning company or organization will then receive $40,000 to develop their innovations.

The competition was open to both buy-side actors such as banks, impact investors and financial intermediaries, as well as sell-side entities like project originators, developers, and energy companies. The competition was not open to individuals, but was open to almost any groups including governmental agencies, development banks, private sector entities, NGOs, academia, associations, and joint venture applications, in order to encourage maximum participation.

Both first-of-a-kind solutions that have not yet been attempted anywhere before and proven approaches adapted to a new market sector, geography, or context will be considered. Entries were originally to be stopped on the 31st of August 2022, however the deadline was extended to the 9th September.

No dates have yet been given for when the winners will be announced, but should the competition prove successful it is likely that further competitions to win aggregate funding opportunities will open up both on the African Continent and elsewhere in the world.

The Green Girl hurdling barriers in the race for sustainability 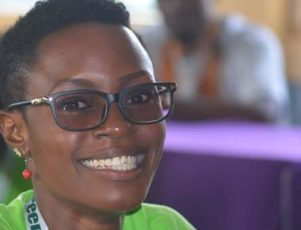 Many observers see that out of the many challenges facing modern Africa, two in particular stand out. The first of these is the continent’s massive untapped renewable energy resources. The African Development Bank estimates that there is an annual potential of 350 GW in hydroelectric power, 110 GW from wind, 15 GW from geothermal and a huge 1000 GW from solar. In addition, the International Renewable Energy Agency estimates that surplus forest wood could provide 520 GW/year in bioenergy.

The second and perhaps more daunting challenge is breaking down the gender disparity barriers that have been entrenched since colonial days. The World Economic Forum’s 2018 Global Gender Gap index estimated that it would take 135 years (at current rates of progress) for the gap to finally close in sub-Saharan Africa, with North Africa taking even longer at 153 years.

Anything that attempts to meet these challenges should be applauded and promoted, and when a person or project attempts to tackle both of them at the same time, then there should be even higher levels of recognition and encouragement.

Monique Ntumngia Determined To Give Something to Those Who Lacked Opportunities

Enter Monique Ntumngia, founder of Cameroon’s ‘Green Girls’ and a renewable energy entrepreneur. The 29-year-old Cameroonian had a hard childhood as an orphan. And as she entered adulthood, she was determined to give something to those who lacked opportunities.

The idea for Green Girls was born in September of 2014 when Ntumngia was working in Nigeria for the NGO, Human Rights and Education. While taking part in the traditional distribution of school supplies at the start of the school year, children kept asking her: “Madam, how are we going to use these notebooks and books without light?”

It was at that point that Ntumngia decided that her path forward lay in marrying sustainable development with the promotion and spread of renewable energies. She began organising fundraising events and contacting organisations such as UNICEF and the EU. After raising US$10,000 in just two months, she bought 2,500 solar lamps from Norway that she distributed across Nigeria.

Only 10% of The Population Have Regular Access to Electricity.

After Nigeria, she wanted to do the same in Cameroon. Her home country – and Africa as a whole – suffers from a real problem as far as electricity production and distribution are concerned. Most rural areas have no supplies all. Across Africa as a whole, only 10% of the population have regular access to electricity.

But this young social entrepreneur quickly realised that solar lamps were not a long-term answer. She carried out an in-depth survey looking at the sustainability of local economies across Cameroon. She also realised that many of these local communities had an acute waste management problem. Biogas seemed to be an obvious answer to work alongside solar energy. Biogas is a renewable energy source made from the anaerobic fermentation of organic waste. She set up a company – Monafrik Energy – to develop solar and biogas solutions, to provide affordable energy, and to help support sustainable communities. Since December of 2015, the company has built eight solar installations and twenty bio-digesters for biogas production.

But Monique’s vision extended far beyond simple provision of electricity. She wanted to tackle gender disparity and the poverty that both causes and accompanies it. In August of 2016, she founded the charity, Green Girls. Its mission? To promote sustainable development in every African rural community through the infiltration of renewable energy; and getting African governments to develop gender policies that provide access to finance in order for these women to run clean energy businesses.

The charity also plants trees to replace the forests used as sources of firewood before the communities had bio digesters constructed. Within just a few months of starting the charity, 623 girls between the ages of 14 and 18 had received training in three areas of Cameroon.

The charity now operates programmes on several levels. They train girls in how to construct and maintain solar panels and bio digesting equipment. They also teach them about the relevant Sustainable Development Goals so they understand better the sustainable community models. In order to encourage financial independence, they train the women in how to set up SMEs, with businesses aimed at the packaging and selling of organic fertilizer, growing organic crops, and making solar lanterns.

In order to expand the ideas and the training, one aspect of the Green Girl programmes is identifying future leaders and training them to be trainers. This offers the potential of rapid multiplication of women and girls taking part in the various programmes as well as an expansion of ideas and practical solutions.

To Expand the Green Girls Operations across All of Africa

Her hard work and innovative ideas have led to global recognition. To date, she has been awarded the following prizes: WWF Africa Youth Champion award (twice), US$100,000 Visa Everywhere Initiative Award 2019, the Africa Youth Connekt prize for Best Project and best Pitch, and the Cameroon special tourism award for promoting sustainable development

Ntumngia’s vision is to expand the Green Girls operations across all of Africa but she knows that there are many hurdles to cross and that both governments and African society need to be part of the battle to break down gender barriers as well as working towards a more sustainable Africa.