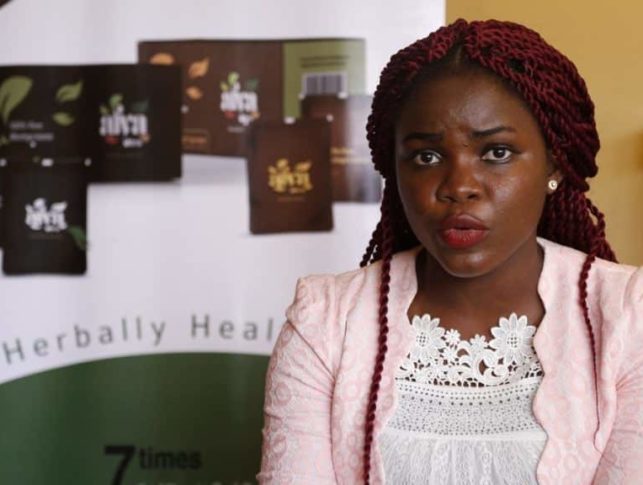 Vanessa Zommi’s business is flourishing in her native Cameroon. She has an established business with social entrepreneurship at its heart. Zommi got an early taste for entrepreneurship by watching her mother sell computers after school, “I started learning how to make money, how to market a product, and how to talk to customers. I learnt the basics.” These early experiences would shape her future immensely.

Family has always been incredibly important to Zommi, 21, who comes from a household of six children. She lost both grandparents to diabetes, so when her mother was diagnosed she decided to take action. Knowing from a young age that she wanted to become a social entrepreneur, this drive to find a treatment for her mother led her to the perfect business

She researched diabetes and potential treatments for her mother. While looking for natural remedies, she discovered the Moringa Oliefera tree which reportedly has over 40 known antioxidants. Among its health benefits is a noticeable blood-sugar reduction, around two hours after consumption. These health benefits were the cornerstone of her product and she saw its potential as both a treatment and prevention of diabetes. She started processing the Moringa leaf into tea, before selling it as a convenient and enjoyable health supplement.

Diabetes is an increasing health problem in Cameroon, mainly due to poverty rates and a lack of education concerning diet and nutrition. Poverty is one of the leading causes of diabetes throughout Africa as much of the cheap food and snacks are sugary and highly processed. The cost of healthcare often prevents early detection, with many of the sufferers in Cameroon unaware of their condition. The medicine used to treat the condition is also out of reach for many of the country’s rural poor. According to Zommi’s research, up to 15% of Cameroonians suffer from diabetes, and as many as 80% are not aware of it.

A tea with health benefits

Zommi’s tea is marketed as “Afya Moringa Tea” and currently supplies consumers in Molyko, Cameroon. Tea drinkers currently make up 5% of the population in her native country. She has ambitious plans: Zommi’s vision is to see that number rise to 40% by 2025. She wants to see the product marketed across the country as an affordable health supplement, for people at risk of diabetes and as a treatment for those who already have the condition. Zommi explains: “So at first I was doing this just for my mom, but then I realized this could help other people like her in Cameroon, as well as Africa.”

Conventional medicine too expensive for most

Compared to the soaring costs of medicines such as insulin, her tea is affordable and accessible to the local population. It costs just $2 USD per 40 g, and she hopes to reduce the price further once mass production commences. Alongside her ambitious plans for herbal domination in Cameroon, she hopes her product can spread throughout low-income areas across the continent.

The recent success of her business earned her the prestigious Anzisha award for 2015. It recognizes innovative entrepreneurs throughout Africa, in many different industries. Her self-belief and determination has got her far. She said recently: “The day I knew this was going to work is when I discovered that there is more availability of Moringa in Cameroon than there are areas of abject poverty.”

Helping other people help themselves

Zommi is tenacious, driven and her passion is helping other people. Her tea company now trains farmers to grow Moringa, and she helps provide the seeds to start their own crops. She is also an advocate for women in business, and believes that you don’t have to be naturally talented at entrepreneurship; you just have to have the drive and work hard at it. She explained: “so to all the young entrepreneurs – don’t be afraid! It will be difficult, but if you don’t give up, it will be worth it.” Cameroon needs more entrepreneurs like Vanessa Zommi.