Who is Ayman Rafic Al-Hariri?

Ayman Hariri was born in 1978 in Saudi Arabia but at the age of two he moved to Lebanon, the birth place of his father. At the time his father Rafic Hariri, having become a successful and hugely wealthy businessman in Saudi Arabia, was increasing his philanthropic activities in Lebanon as well as starting to build a political career for himself. Ayman has joint Lebanese and Saudi Arabian nationality and currently lives in Riyadh, Saudi Arabia with his wife and child.

Ayman Hariri is the son of Rafic Hariri and Nazik Hariri (nee Audi). Nazik was Rafic’s second wife and as a result Ayman has three half-brothers (one deceased) through his father’s marriage to his first wife Nida Bustani. Ayman is the eldest of Rafic and Nazik’s four children. He has a younger brother called Fahd and two younger sisters, the youngest of which is called Hind.

A family of Prime Ministers

His father became the Prime Minister of Lebanon, serving two terms; 1992 – 1998 and 2000 – 2004. He was later assassinated on the 14th February, 2005 in Beirut. Ayman’s brother Saad followed his father into politics, becoming the Prime Minister of Lebanon on the 9th November, 2009. His term only lasted until the 12th January, 2011 when the cabinet collapsed due to disagreements with Hezbollah as a result of the investigations and resulting allegations surrounding his father’s assassination.

Ayman earned a bachelor’s degree from Georgetown University in Computer Science. Just like Ayman, his three half-brothers Bahaa, Saad and Houssam were all college educated in the US. In fact, it was whilst studying at MIT that Houssam died in a car accident; it is alleged that he and his brother Bahaa were drag racing identical Porsche 911’s at the time of the accident.

Ayman Rafic Al-Hariri: a member of the Executive Committee for Saudi Oger

Ayman began his career working as an engineer for a company called Intelsat – the first company to offer a commercial global satellite communications solution. He later started up a company called Epok which is an identity management software company, where he is still the Chairman.

In addition to his responsibilities at Epok, he is also a Director of 3C Telecommunications Ltd and Vice Chairman, Deputy Chief Executive Officer and a member of the Executive Committee for Saudi Oger Ltd, the company founded by his father Rafic in 1978.

Saudi Oger is a construction company based in Riyadh, and in conjunction with all its subsidiaries it offers a complete construction package including building design, project management, engineering, facilities management, telecommunications, waste management and IT services. 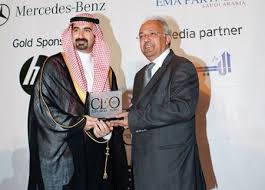 Whilst his elder brother Saad is the Chairman and Chief Executive Officer, Ayman is very much considered to be the driving force behind Saudi Oger.

His strong leadership skills, in conjunction with his experience and entrepreneurial vision, as well as the fact that he appears to have no political aspirations, make him the apparent heir to the Hariri family business.

Rumors of corruption have plagued this family for years; whilst Prime Minister this father was often accused of stripping Lebanese finances whilst building his own personal wealth. His supporters however insist that he actually invested much more money into Lebanon than he ever removed.

Saudi Oger along with Saudi Bin Laden have for a long time been the two major businesses to benefit from the massive investments being made in Saudi Arabia, including Princess Noura University for Women and King Abdullah University of Science and Technology. This dominance is however starting to change so whilst there are planned investments totalling approximately $806 billion in the next 15 years, Saudi Oger can no longer be confident of benefitting as they would have done 10 years ago.

Whilst the financial stability of Saudi Oger is hard to fully ascertain, in 2012 three major Saudi banks stated that Saudi Oger and its subsidiaries were “financially vulnerable institutions.”

In 2011 Saudi Oger received a loan of $800m and a further $1bn in 2013, yet at the end of 2013 it was stated that they were $3bn in the red. The year of 2013 also saw further company restructuring with approximately 1,500 layoffs. These were largely Lebanese nationals however some Saudi nationals were included, which caused major controversy and widespread objections.

An audit of the business showed a complete lack of accountability, not to mention a lack of trust between senior employees. There were also embezzlement and corruption rumors and serious concerns raised about the lack of clarity within the political, business and personal financial records.

When asked about these issues in 2013, Saad blamed Ayman, apparently even threatening to sell his brother’s shares in the business to deal with the gap in the company finances.