Ivory Coast to reduce cocoa output over next two years 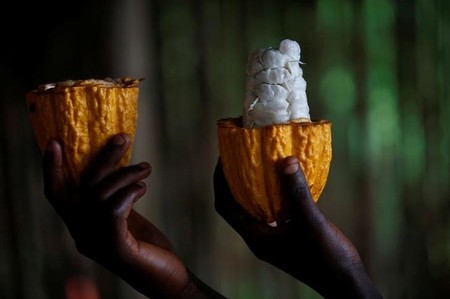 ABIDJAN (Reuters) – Ivory Coast’s Coffee and Cocoa Council (CCC) will suspend programmes for the 2018-19 season that boost cocoa output, it said on Friday, aiming to reduce production in the face of global oversupply.

The marketing board plans to halt distribution of higher-grade seeds and plants by chocolate makers, including Mars and Nestle, that develop hybrid species that they pass on to farmers to increase yields.

Those programmes helped to increase output in the world’s top grower to record highs last year but added to a supply glut that has depressed prices worldwide.

“Given the increase in global cocoa supply and falling prices since 2016/17, the CCC has decided to carry out a census of the coffee and cocoa orchards,” the CCC said in a statement. It did not say when the census would begin.

“Pending the finalisation of this census, we inform you of our decision to temporarily suspend any distribution of improved plant material, seeds, cuttings, etc, from the 18/19 season.”

Output in Ivory Coast has risen from 1.6 million tonnes 10 years ago to 2 million tonnes in the 2016-17 season because of higher yields, but global demand has failed to meet supply. The CCC expects production for the 2017-18 season to slip to 1.9 million tonnes, partly because of bad weather.

High-level sources at the CCC said the organisation wants to try to reduce output to between 1.7 million tonnes and 1.8 million tonnes over the next two years, affecting exporters and chocolate makers that also include Ferrero, Cargill, Olam, Cemoi and Cocoa Barry.

“Our goal is to control our production because these last 10 years, it is these programmes initiated by chocolatiers … that increased our production from 1.6 million to 2 million (tonnes),” a CCC source said.

Separately, the CCC has begun a three-year programme to uproot 300,000 hectares of cocoa infected by swollen shoot since January. The CCC source said that 25,000 hectares have been cleared already, which will also help to reduce growing capacity in the coming years.