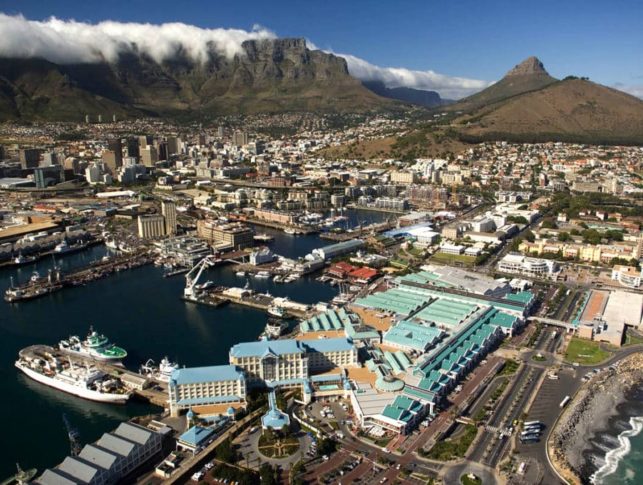 The Tripartite Free Trade Act, or TFTA, provides a lens through which to identify, report, monitor and eliminate non-tariff barriers to trade. It aims to raise Africa’s share of global trade, which currently stands at just 2%. The theory behind this enormous deal is that one trade bloc is better than the three individual blocs that have currently joined. Zimbabwean economist and COMESA Secretary General Sindiso Ngwenya said that the TFTA “sends a powerful message that Africa is committed to its economic integration agenda and in creating a conducive environment for trade and investment.”

When the TFTA comes into force, it will encompass 51% of the continent’s GDP—currently about $1Trillion USD and 600 million people. Once individual governments begin reading the fine print, however, the road to actualization may not be so smooth.

The road to this agreement was long, as massive trade bills tend to be. After 5 years of negotiations, however, it appears that the effort was not in vain, although the TFTA still needs to be ratified by individual parliaments before its tentative launch date of 2017. Egyptian trade minister Mounir Fakhry Abdel Nour does not anticipate that these individual ratifications will slow the process, saying they are “simpler compared with the effort that has gone into preparing the document,” which is undoubtedly true.

However, according to Raziza Khan, head of Africa Economic Research at Standard Chartered bank in London, being simple by comparison may not be enough. Khan specifically noted that “many countries sign up to all of these agreements, but in terms of actual implementation, the record is very different. This is only the beginning of the process-it could be some years before it’s fully in effect.” The ways in which individual governments work to change this document into tangible policy and action will be telling over the next two years—what is easy in theory is seldom easy in practice.

Onward and Upward for Intra-African Trade

Intra-African trade is currently floating around 12%–in comparison, intra-Europe trade is 70%, meaning that 70% of Europe’s trade comes from within Europe. Kenyan academic Calestous Juma predicts that the TFTA could increase trade within the continent to as much as 30%. Not only would this greatly benefit existing markets, but an increase in internal trade would signal to outside markets that cost-effective manufacturing within Africa is possible on a large scale. Juma points specifically to the pharmaceutical industry (already big in South Africa), saying that “for example…you need large-scale investments like $200 million [to create a pharmaceutical factory], and you couldn’t do that if you were only selling the products in one country.”

Not only would the TFTA increase the potential for large-scale operations, but the consolidation of the finance sector should attract international investors. The relatively low-level of liquid assets in Africa has been one of the biggest barriers to large-scale international investment and is something that TFTA should be able to boost.

The Devil is in the Details

Another goal of the TFTA is to boost Africa’s bargaining chips in international trade deals. Leaders hope that, when the TFTA comes to fruition, the Organisation for Economic Cooperation and Development (OECD) countries will no longer be able to ignore and neglect Africa’s interests in accessing global markets, as they have long been criticized of doing. Should the TFTA come smoothly into play, it will be up to its leaders to create plans that benefit the majority of its 26 members—something that may prove difficult considering the power imbalance within the TFTA’s economies.

Economic powerhouses such as Egypt, South Africa and Kenya are sure to see enormous benefits for their large industries, but smaller economies may not benefit quite as much as they hope. Free trade means more competition, which is something the smaller economies that do not currently produce exportable goods may find enormously challenging.

Interestingly, the TFTA excludes most of West Africa, including Nigeria, currently Africa’s most populous country. The Economic Community of West African States, or ECOWAS, is entirely missing from the roll call of TFTA states. Mutterings have begun to include ECOWAS in the next edition of a trans-African free trade agreement as such an agreement would cover 41 states and a whopping 76% of Africa’s economy. ECOWAS’ global exports amount to over $130billion each year and are made up of primarily oil and gas from Nigeria, but also gold, cocoa, cotton and iron ore from other West African states.

A move to include ECOWAS seems wise—watching both ECOWAS and TFTA over the next few years should reveal the inevitable bumps to pan-African free trade so that full-integration may soon be possible.