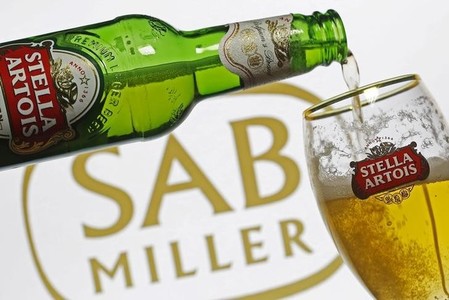 JOHANNESBURG (Reuters) – Anheuser-Busch InBev will invest 1 billion rand ($69 million) to support small South African farmers as part of concessions agreed with the government to secure regulatory approval for its $100 billion-plus takeover of SABMiller, it said on Thursday.

The world’s biggest brewer said the concessions, which also include a five-year freeze on layoffs, were agreed with the South African Ministry of Economic Development.

“It is expected that the agreement on terms between government and the merger parties will expedite the merger proceedings before the South African competition authorities,” AB InBev said.

“The commitments made by the company are the most extensive merger-specific undertakings made to date in a large merger. In our view, they meet the requirements of the competition legislation,” Economic Development Minister Ebrahim Patel said.

South African Competition Commission this week extended its scrutiny of the deal, saying it needed at another 15 days to complete its investigation. It has already extended the deadline four times.

South Africa has a history of taking its time over approving takeovers partly because competition authorities have a public interest mandate to safeguard jobs, in addition to an anti-trust mandate to protect competition.

In 2011, the regulator told U.S. retailer Wal-Mart Stores not to cut jobs for two years following its acquisition of South African retailer Massmart, delaying implementation of the $2.4 billion deal by at least two months.

The Commission investigates deals for any anti-trust issues and submits its views to the Competition Tribunal, which makes a final ruling on whether a deal should go ahead

Ab InBev has already told European regulators of its plan to sell SABMiller’s premium European brands to try to secure approval for its deal.