Africa struggles to improve governance in past decade: Ibrahim survey 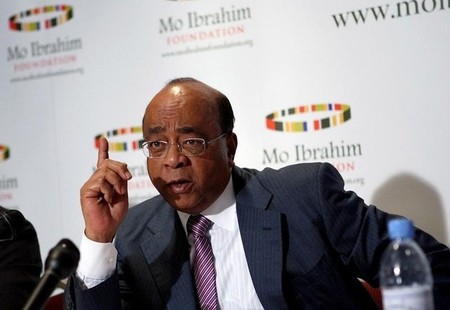 LONDON (Reuters) – Governance across Africa has improved very little over the past decade as deteriorating safety and rule of law have held back progress made in other areas such as human rights or economic opportunities, a survey said on Monday.

The Ibrahim Index of African Governance (IIAG) – the most comprehensive survey of its kind on the continent – rates 54 African nations against criteria such as security, human rights, economic stability, just laws, free elections, corruption, infrastructure, poverty, health and education.

Mauritius held onto its top spot, followed by Botswana, Cape Verde, the Seychelles and Namibia while South Africa – the continent’s most industrialised country – was in sixth place.

While overall the index has improved by just one point over the 10 year period starting in 2006, three out of the top 10 countries have seen their score fall in this period, and major economies like South Africa and Ghana registered some of the largest deteriorations on the continent.

The survey found that almost half of Africa’s 54 countries recorded their worst score in the past three years in the Safety & Rule of Law category, which measures personal safety, national security as well as accountability and the judicial system.

“Today, current opinion focuses on the potential aftershock of deflating commodity prices and third term challengers to democracy…. What is striking is that these are not the areas which demand the most attention,” Sudanese telecoms businessman Mo Ibrahim wrote in the annual report which is compiled by his foundation and aimed at promoting better governance and economic development in Africa.

“All four components which make up Safety & Rule of Law have deteriorated…. This is holding back the continent’s progress and remains the biggest challenge to its future.”

Among the top 10 overall rated countries, six had deteriorated over the past decade in that category with South Africa registering the largest decline in what researchers called a “concerning negative trend”.

South Africa – the continent’s most industrialised country – had been teetering on the edge of recession, suffering from chronic power shortages and stubbornly high unemployment with voters increasingly frustrated with the country’s economic management under President Jacob Zuma and his ruling ANC party.

The last spot on the overall index was held by Somalia, which makes up the bottom five together with South Sudan, Sudan, the Central African Republic and Libya, which showed some of the most dramatic falls since descending into anarchy following the removal of Muammar Gaddafi in 2011.

The category of Sustainable Economic Opportunity – looking aspects such as public management, business environment and infrastructure – had shown a slight improvement of 1.8 points.

The rise was driven by a jump in digital and IT infrastructure, the most improved indicator in the past decade across the whole index, while roads and transport also improved.

Yet other parts of the infrastructure, such as electricity, has worsened since 2006, with South Africa showing the largest drop of all countries, losing more than 30 points.

Chronic power shortages are one of the biggest obstacles to growth in countries across Africa, with a dearth of electricity or regular blackouts strangling industries.

“Forty percent of African citizens live in a country which has seen a deterioration and over half of Africa’s economy has been affected by this issue over the past decade,” the report found.

Looking at trajectories over the past decade, the report found that 32 countries – home to around half of Africa’s population – had seen their final score in 2015 falling below previous peak levels.

“There is still a long way to go. We need to be cautious and watch out for things that need to be addressed in order to make progress sustainable,” said Nathalie Delapalme, executive director of research and policy at the Mo Ibrahim Foundation

Like Latest Updates from Reuters Africa struggles to improve governance in past decade: Ibrahim survey