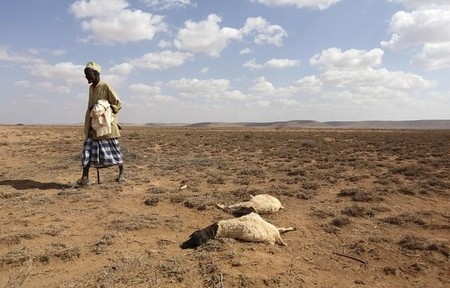 LUSAKA (Reuters) – The African Union’s insurance arm will increase its disaster cover to $1.5 billion by 2020 from $179 million currently following one of the continent’s worst droughts in decades, a senior executive said on Thursday.

Drought has ravaged much of southern Africa this year and Malawi’s government said on Wednesday half its population is in need of food aid due to the prolonged dry period.

“The idea is to make sure that when trouble comes, the resources are available on time,” ARC Director-General Mohamed Beavogui told Reuters. “If I know that drought might happen and what the magnitude is, I can plan for it.”

Niger, Senegal, Gambia, Mali, Malawi, Mauritania and Kenya have already bought insurance from ARC while Zimbabwe, Burkina Faso and Madagascar are expected to buy drought cover in the next month, Beavogui said.

ARC plans to introduce a tropical cyclone insurance later this year and flood insurance in 2017. The impact of climate change is resulting in more severe droughts, floods and cyclones across Africa, Beavogui said.

Last year, Senegal received a payout of over $16 million from ARC after paying a premium of $3 million following a poor agricultural season due to severe drought in 2014.

The G7 Summit in Germany last year adopted an initiative on Climate Risk Insurance which aims to increase access to cover against the impacts of climate change for up to 400 million of the most vulnerable people in developing countries by 2020.