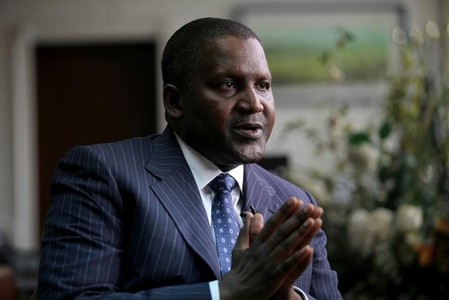 The multi-million-dollar project will be expanded to cover a land area of 25,000 hectares across three sites in northern Nigeria by the end of the year, the firm said.

“By year-end 2017, Dangote Rice plans to produce 225,000 MT of parboiled, milled white rice. This will allow us to satisfy 4 percent of the total market demand within one year,” the company said in a statement.

“Our model can then be successfully scaled to produce 1,000,000 MT of milled rice in order to satisfy 16 percent of the domestic market demand for rice over the next five years.”

Dangote Group has grown aggressively, venturing into cement, food manufacturing, oil, gas and real estate. Last month, the group launched a $100 million truck assembly plant to tap a projected rise in demand for transport as the government boosts agriculture and farmers need to move goods across the vast country.

Dangote Rice said it would partner with smallholders and contract farmers to grow paddy rice for milling. It will offer inputs to farmers while the smallholders provide land and labour.

At harvest, Dangote will recoup input costs and buy the paddy rice from farmers for processing at market price.

The 25,000-hectare land will be cultivated by nearly 50,000 farmers, organised into groups. Dangote will engage with the groups to sign contracts with each farmer.