Andrew Mupuya is an award winning entrepreneur, and he’s not yet 25 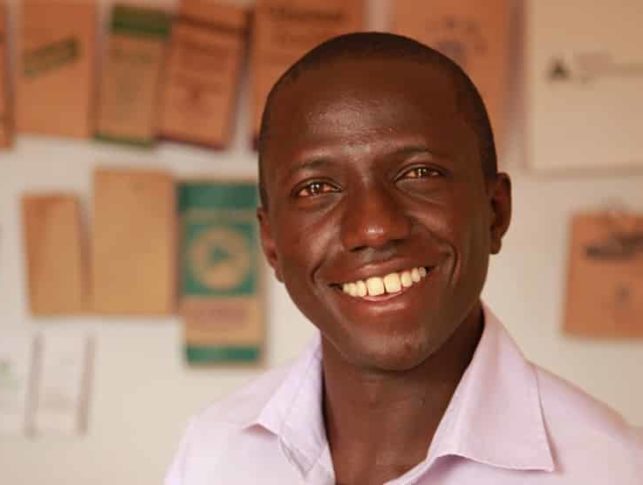 When Forbes magazine lists you as one of the 30 most promising young entrepreneurs in Africa then you must be doing something right. In the case of Andrew Mupuya, he was named one of Forbes’ “30 under 30” in both 2013 and 2016. The list highlights entrepreneurs under the age of 30 who are on the way to achieving great things within their chosen industries. Remarkably, Mupuya has been in business for 8 years, and yet is still only 24 years old!

Andrew Mupuya was born, in the Manafwa district of eastern Uganda, to a large, extended family with very little income. Mupuya’s family struggled to buy clothes for him and his siblings, and he was only able to get an early education due to the help of government grants.

Such a background does not provide the greatest opportunity for entering the business world, but the struggles that Mupuya experienced helped foster a work ethic and determination that has held him in good stead.

In 2008, everything changed, and it was a combination of bad luck in his family and new government legislation that paved the way for Mupuya’s business. Both of Mupuya’s parents lost their jobs, making their financial situation precarious once more, and at only 16, Andrew realized that he needed to help ease their burden. At the same time, the Ugandan government banned the use of plastic bags due to environmental damage that they were causing, and within this moment the young entrepreneur saw an opening.

Remembering the initial process, Mupuya says, “”I conducted a feasibility study, market research around retail shops, kiosks, supermarkets around Kampala and discovered there is need and potential market for paper bags.”

Mupuya worked out that he needed around $14 to start a small enterprise, producing paper bags, so he collected 70 kilos of plastic bottles which he sold to a recycling plant for $11, and he then borrowed the remaining $3 from his school teacher. His company was named, YELI (Youth Entrepreneurial Link Investments) Paper Bags, and it has gone from strength to strength.

Not only was the company successful in a short period of time, but it was the first registered company in Uganda for the production of paper bags. By 2012, and still only 21 years old, Mupuya had been put forward for the prestigious Anzisha prize for young entrepreneurs in Africa. Against stiff competition, Mupuya won the award, and with it, $30,000 that he immediately put into developing the company.

Although he is still only 24, Mupuya has twice made Forbes magazine’s list of 30 African entrepreneurs below the age of 30 to watch out for. YELI paper bags currently produces around 20,000 paper bags per week, and employs 16 people in Uganda. Since he began his business, Mupuya has overseen production that exceeds 5.6 million bags, which have been sold both locally, to neighboring nations like Kenya, and as far afield as the U.S and Norway.

Andrew Mupuya is clearly buoyed by the recognition he has had saying, “The awards I have won give me courage to push on with my business.”

What should please Ugandans is that not only does this young man want to create more opportunities within his home country, but he is looking to do so with a company that can benefit the whole continent.

Mupuya explains that he has much grander plans for YELI, stating, “My vision is to have a cleaner Africa by eradicating use of plastic bags…I dream of having a big plant where I am able to supply paper bags all over Africa…so I believe this is just the start.”

9 Africa, Featured, Leaders Andrew Mupuya is an award winning entrepreneur, and he’s not yet 25