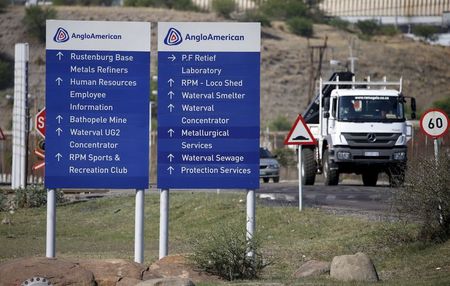 JOHANNESBURG (Reuters) – Mining group Anglo American said on Thursday it was postponing major project investment decisions at its platinum unit until at least 2017 and had cut diamond production in the face of soft demand.

In its production report for the three months to the end of September, the company said Anglo American Platinum’s output rose 14 percent to 614,300 ounces compared with 541,000 ounces in the same period last year, when many of its mines were rebooting after a five-month strike.

The decision to defer any major project plans for platinum until at least 2017 comes after the company reached an agreement to sell its labour-intensive South African assets to Sibanye Gold and as the white metal’s price trades near seven-year lows.

Anglo American, like its peers, is grappling with sliding commodity prices across the board, and exploration and evaluation spend for the quarter was down 34 percent to $70 million.