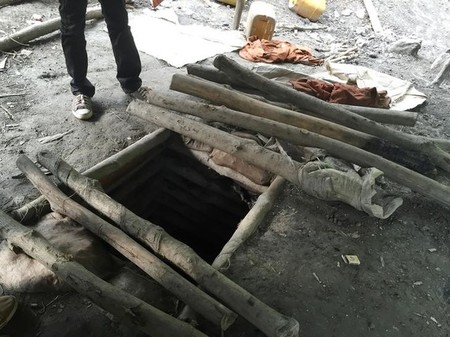 JOHANNESBURG (Reuters) – AngloGold Ashanti said on Monday that illegal miners who have occupied its Obuasi mine in Ghana were slowly leaving the site after the military returned to the area.

Up to 5,000 miners were working at Obuasi in mid-October, a more than 100-year-old mine where production was halted in 2014 when falling gold prices made it uneconomic to access new and deep-lying reserves.

“The government ordered the military to return in mid-October. And that has been a very pain-staking process and one that we support,” AngloGold spokesman Stewart Bailey said on a media call with journalists after the group unveiled its third-quarter update.

“The illegal miners are slowly leaving … There is still a significant number of illegal miners on the site albeit far less than there was before,” he said.

AngloGold has said the presence of the illegal miners has hampered efforts to attract new investment or complete a study on how much it would cost to bring the mine back to life.

A higher spot gold price helped AngloGold realise free-cash flow of $161 million in the three months to the end of September compared to a $50 million outflow in the third quarter of 2015.