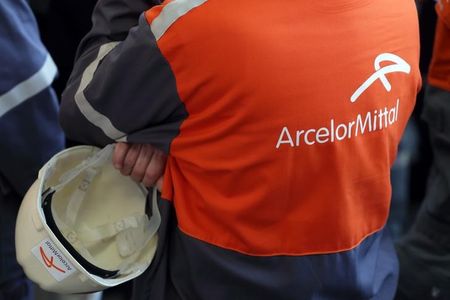 JOHANNESBURG (Reuters) – ArcelorMittal’s South African business plans to raise up to $323 million through a rights issue and is considering a $350 million bond issue, it said on Friday, as it battles falling steel demand, rising cheap imports and higher costs.

Steel companies around the world are grappling with a global supply glut that has sent producers’ share prices to their lowest levels in more than a decade and prompted the ArcelorMittal parent company to cut its full-year profit guidance on Friday.

ArcelorMittal SA, Africa’s biggest steelmaker, plans to raise between 4 billion rand and 4.5 billion rand ($322.77 million) from new shares that could dilute the current shareholding by 30 percent, it said after flagging an annual loss expected to be 11 times bigger than last year’s 277 million rand.

The cash call, at least 14 percent bigger than the company’s market capitalisation, is fully underwritten by the parent company.

“The bond would be subject to how much we raise on the rights issue,” he said.

The company said it would use the money to pay off debt, which stands at 3.2 billion rand, with the balance used for operational and capital expenditure.

Shares in ArcelorMittal SA fell as much as 12.6 percent to their lowest level in 14 years on Friday. By 1125 GMT, the stock had recouped some of the losses to trade 6 percent lower at 7.36 rand.

To cope with weak demand and rising costs, the company has said it would close parts of its Vereeniging Works plant and cut about 283 jobs as part of a review of its operations.

Along with industry rivals, ArcelorMittal SA has also asked the South African government to introduce import and anti-dumping tariffs to help them compete against cheap steel coming mainly from China.

Separarely, the company and its raw material supplier Kumba Iron Ore have amended their supply agreement, under which ArcelorMittal SA paid costs plus 20 percent for iron ore.

Under the new deal, ArcelorMittal SA would pay an export parity price, or the price Kumba can expect to get if its product is exported, that would be discounted by as much as 7.5 percent depending on the market price of iron ore.

“This pricing amendment is commercially acceptable and sustainable for both parties,” Kumba Chief Executive Norman Mbazima said in a statement.