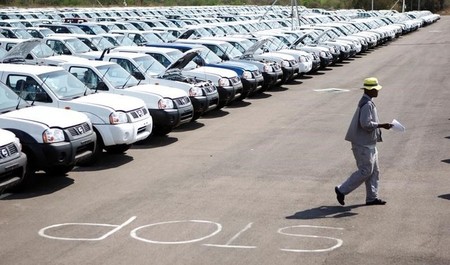 JOHANNESBURG (Reuters) – South Africa’s automotive sector capital expenditure is projected to rise to 8.2 billion rand ($615 million) this year from 6.4 billion rand in 2016, the auto industry body said in a document seen by Reuters.

The National Association of Automobile Manufacturers of South Africa said in a memo dated Feb. 7 that the sector’s estimated capex was based on details supplied by seven major car makers and data from various sources relevant to Beijing Automotive International Corporation.

Car manufacturers in South Africa include Ford, Volkswagen, Mercedes Benz SA, Nissan and Toyota, among others.

The automotive sector, South Africa’s largest manufacturing industry, expects a slight increase in new vehicles sales this year as economic growth gains pace thanks to commodity price rises and a recovery in farming.