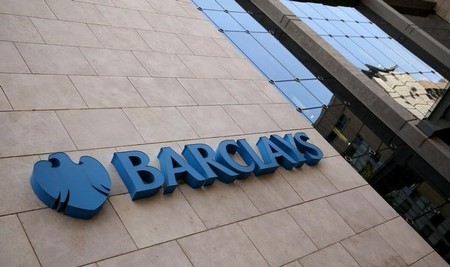 (Reuters) – Barclays Africa Group, South Africa’s No.2 lender by market value, plans to extend its reach throughout the continent, it said on Thursday after posting annual profit up nearly 4 percent.

Chief Executive Maria Ramos said the bank, which is changing its name back to South African brand Absa after its split from former parent Barclays, aims to enter Nigeria as it seeks to lift its share of the African market to 12 percent from 6 percent over the medium term.

Finance Director Jason Quinn told Reuters that Nigeria has been in its sights for some time.

“We would have to think carefully about how and when to enter the Nigerian market and that is what we are going to start doing,” he said.

“We have to decide how we enter, whether we acquire or build.”

The bank had earlier reported normalised diluted headline earnings per share — the primary measure of profit in South Africa, stripping out one-off items — up 3.9 pct at 1,837.7 cents for the year to Dec. 31, helped by a 20 percent drop in credit impairments.

Net interest income, a gauge of lending profitability, rose by 1 percent to 42.32 billion rand ($3.56 billion), while its net interest margin was unchanged at 4.95 percent.

Growth in the United States was the positive surprise in the second half, even as Europe, Japan and China grew at or above consensus expectations, the bank said.

This more than made up for slow economic expansion in its main markets, which account for about 80 percent of group income.

Barclays Africa and its rivals have struggled to increase lending as slowing economic growth in many African markets tempers demand from corporate clients while retail clients in its home South African market feel the squeeze from rising interest rates.

However, confidence in its domestic market has been buoyed by the Cyril Ramaphosa’s elevation to the South African presidency last month, pledging to revitalise the economy.

(Additional reporting by Tiisetso Motsoeneng in Johannesburg and Esha Vaish in Bengaluru; Editing by Stephen Coates and David Goodman)