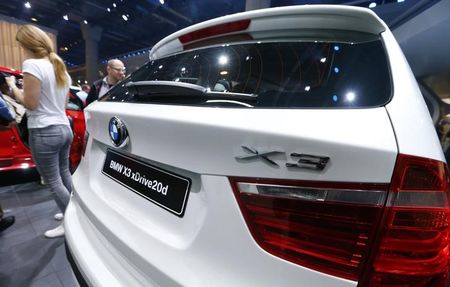 JOHANNESBURG (Reuters) – BMW’s South African unit plans to invest 6 billion rand ($418 million) at its plant in the capital Pretoria where the German carmaker would manufacture its new X3 model for export and local sale.

The X3 is one of the most successful model ranges for BMW, the world’s biggest luxury carmaker, representing 28 percent of total global sales, the local unit of the global car maker said.

BMW said 2015 production at its Rosslyn plant in Pretoria is expected to reach 70,000 units.

“The production of the next generation BMW X3 at Plant Rosslyn will replace the BMW 3 Series Sedan, which will now be allocated to other plants within the global BMW production network,” the car maker’s local said in a statement.

BMW’s South Carolina plant in Spartanburg will continue producing the carmaker’s new version of the X3 and the X7.