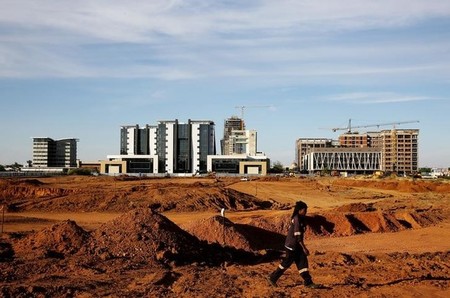 GABORONE (Reuters) – Botswana’s economy expanded 0.1 percent quarter-on-quarter in the last three months of 2016 versus a revised 1.1 percent contraction in the third quarter, data from the statistics office showed on Monday.

On a year-on-year basis, gross domestic product (GDP) growth was at 4.2 percent in Q4 after expanding by 6.9 percent in Q3.

Statistics Botswana said the increase in growth in the quarter was due to expansions in the trade, hotels and restaurants, transport and communications sectors, while mining production continued to decline due to the closure of the country’s copper and nickel mines.