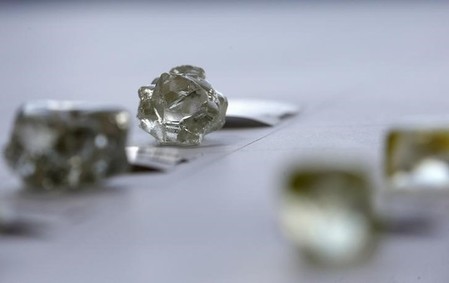 GABORONE (Reuters) – Botswana’s state-owned Okavango Diamond Company (ODC) sales rose 9 percent to $309 million in the first half of the year as demand improved, its deputy managing director said on Friday.

“The volumes of carats sold were 3 percent higher than the same period in 2016,” he said.

ODC, which plans to have 10 tenders this year, sells 15 percent of the output of Debswana, a joint venture between Anglo American Plc’s De Beers and Botswana, which is targeting production of 20.5 million carats this year.