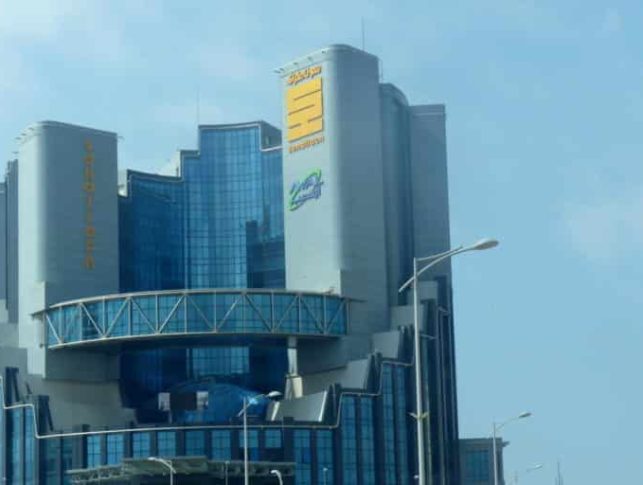 The appointment comes during what is seen as a “purge”, whereby President Abdelaziz Bouteflika is reshuffling leadership at banks and public enterprises throughout Algeria, following a cabinet reshuffle in mid-May of this year. Mazouzi was officially installed as CEO of Sonatrach, headed since July 2014 by Said Sahnoun, on 25 May. It is a tenuous position—since 1999, nine different general managers have moved through the ranks, destabilizing and undermining the company’s leadership. The 1990s proved a decade of international cooperation and partnerships, and this is something Mazouzi will work to maintain and control as he steps into his role in the currently dismal oil economy.

A Long Wait in the Wings

Mazouzi graduated from Ecole Polytechnique of Algiers and Central (one of the most prestigious engineering schools in France), and holds a Doctorate in Petroleum Engineering. He has authored several books on hydrocarbons, and has spent his entire career at Sonatrach. Previously the head of a new technical department, Mazouzi has experience working in London with the joint venture between Sonatrach and British Pteroleum (BP). His predecessor believes Mazouzi is more than capable of taking the firm in the right direction, and cites his decades of experience and connections in the field as a strong foundation for forming the relationships necessary for future success.

Created in 1963 as Societe Nationale de Transport et des Commercialisation de Hydrocarbues (which lead to the name Sonatrach), Sonatrach employs 120,000 people and owns 154 subsidiaries in Algeria and abroad—this multinational corporation is about to face myriad challenges. Mazouzi must reassure his employees that their careers are stable, and that Sonatrach is a reliable, responsible company—a reputation that was unfortunately tainted by a series of corruption scandals. To restore confidence, Mazouzi will need to inspire his employees and lead by example.

Restoring Trust in a Volatile Industry

Mazouzi aims to strengthen oil exploration, increase the production of hydrocarbons (which have been steadily falling for five years), and convince oil companies to re-invest in the Algerian Sahara. Oil and gas are the foundation for Algeria’s economy, and international investment and confidence is of the utmost importance. Sonatrach needs to increase its standing and output in order to mitigate the issues brought by the decline in oil prices.  A Rocky Road Ahead? Shale gas is currently a hot-button topic the world over, and Algeria is no exception. Mazouzi will need to confront the social and political storm caused by the exploration and use of shale gas. Violent protests over fracking in Southern Algeria began in early May—hydraulic fracking, which has been determined as the best way to extract shale gas in Southern Algeria, is a contentious environmental issue. Protestors’ concerns over the impact this experiment will have upon their lives is well justified. Mazouzi will have a difficult time navigating these fraught waters as he attempts to quell the concerns of protestors while ameliorating the needs of Sonatrach’s international partners.

Given his experience and excellent education, Mazouzi has long been on the short-list for potential leaders of Sonatrach. It took until May of this year for the whispers of the powers that be to take root in Mazouzi’s ear. When Algeria’s leaders quietly suggested Mazouzi step into his new role of CEO, he was quick to agree. A lifetime of dedication has paid off in name, but his ability to cope with government and public pressures is yet to be seen. Hopefully, Mazouzi’s appointment will mark an end to the alarmingly high turnover rate of Sonatrach’s previous leadership. Longevity and reliability are of the utmost importance in all industries, but of particular importance to the volatile world of oil extraction and refining. Mazouzi is poised to be a strong leader of Sonatrach: his education and long-time experience in the field, as well as his strong relationships with important ministers, should manifest into a responsible, reliable leader determined to expand Sonatrach’s reach. The reality of this hope, however, will only be determined with time.

Leaders Building the Foundation of Trust from Below: Amine Mazouzi’s New Position as CEO of Sonatrach