Can Russia be a major player in Africa? Outcomes from Sochi. 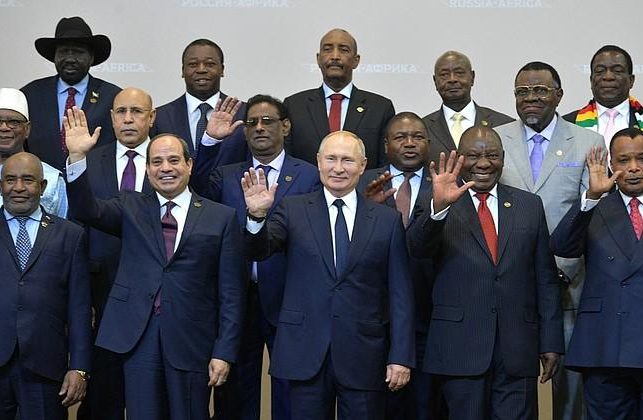 With the ongoing competition between Russia and China trying to take the lead on African investment and partnerships and the United State’s revived interest over the continent, Russian President Vladimir Putin hosted a Russia-Africa summit in Sochi from the 23rd to the 24th of October.

National belts are tightening globally, and FDI (foreign direct investment) has been decreasing worldwide, yet Africa has been the one region to see the opposite, with FDI to the continent rising in 2018 to US$46 billion, a year on year rise of 11% from 2017. Yet while we may see China and Russia as the ‘main players’ in Africa, the two superpowers remain behind other nations in terms of total investment, with France leading the way followed by The Netherlands and the UK. In terms of development aid, the show continues to be run by the U.S., China, and Japan, with little in the way of ‘no strings’ aid coming from Russia.

Many considered investment in Africa to be like a modern second wave of colonialism, where nations and multinationals sought to reap the benefits of expanding economies and massive amounts of untapped resources. But this time, the African nations have a lot more power when it comes to accepting investment, and the huge amounts of money flowing inwards are being channelled into infrastructure, transport systems, and bringing some of the lagging economies into the 21st Century.

This summit was meant to be a rallying call, an announcement to the world that Russia was back in Africa, a statement of intent that Russia’s decreased influence in Africa was about to reverse. So, did anything actually happen at Sochi?

All 54 countries in Africa responded favourably to Vladimir Putin’s invitation. And 43 of these nations were directly represented by their respective heads of state like the President of Congo, Denis Sassou-Nguesso, or the Egyptian President, Abdel Fattah al-Sissi, who co-chaired the Sochi summit alongside Putin,

“US$12.5 billion in deals signed” claimed the banner headlines out of Moscow. But it is worth taking a step back and realising that most of these deals were memorandums of understanding, and these MOUs do not always come to fruition, so it is far too early to declare Sochi a success or a failure.

Other areas where Russia is already doing very well in Africa are in the energy and transport sectors:

The Russian state corporation specialised in nuclear energy, Rosatom, has signed an agreement with Rwanda for the upcoming construction of a Nuclear Science and Technology Centre. This Centre plans to organize the production of radioisotopes that could be used in industry, agriculture and medicine. It will also be equipped with a nuclear facility powered by a 10 MW pressurized water reactor.The Russian railway equipment manufacturer, Transmashholding, has signed a €1 billion with Egyptian National Railways for the delivery of 1300 passenger cars. The company chaired by Andrey Bokarev has also signed a memorandum of understanding with Nigeria for the delivery of rolling stock for the Nasarawa-Abuja railway section construction project.

Africa determines the future of the world’s agenda

If Russia is to continue competing in Africa, it must play to its existing strengths. While Russia may not be able to compete with the U.S. and China in terms of consumer goods and electronics, it should value its expertise in heavy industry and energy. If they fall behind too much in this game, then their own economy may stagnate, something the country wants to avoid. Thanks to this kind of summit, investment from Russia may increase in the years to come.

1 Africa, Economy, Politics Can Russia be a major player in Africa? Outcomes from Sochi.