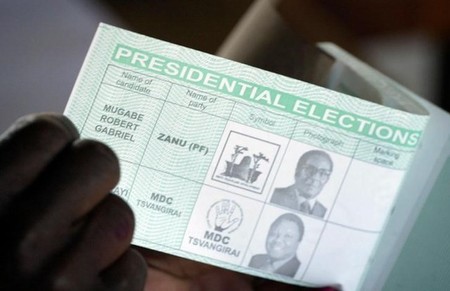 Zimbabwe is suffering severe cash shortages and Mugabe’s government is struggling to pay its workers on time while many businesses can’t fund the imports they need.

But Rita Makarau, the Zimbabwe Electoral Commission chairperson, told a parliamentary committee that she was confident the national treasury would make the money available.

“A consolidated budget requirement has since been submitted to treasury for funding in the sum of $274 million,” said Makarau, adding that a new voter register would be completed by December.

Mugabe, Africa’s oldest leader, has been in power since Zimbabwe gained independence from Britain in 1980 and is bidding for another five-year term, his last allowed under the constitution.

Elections should be held not more than 30 days before Aug. 22, 2018 unless parliament elects to dissolve itself, which would trigger an early vote, the constitution states.

Last week, Zimbabwean police sprayed tear gas and fired water cannon at opposition supporters protesting against what they say is the slow pace of electoral reforms ahead of 2018 polls.