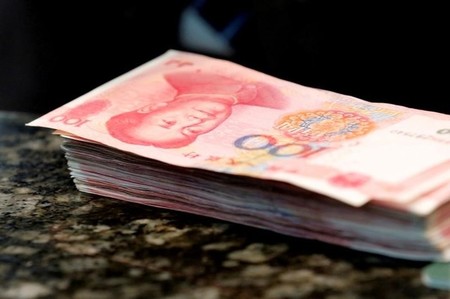 Egypt’s central bank, which signed the deal with the People’s Bank of China, said the arrangement could be extended by mutual consent.

“This bilateral currency swap is a mutually beneficial arrangement between both countries,” it said in a statement.

The People’s Bank of China said the move was aimed at promoting trade and investment and maintaining financial stability in both countries.

China has carried out swaps with more than 30 central banks around the world to increase the use of the yuan as a global reserve currency and to stimulate bilateral trade. The yuan is traded onshore against 16 major currencies.

Neither bank gave details on how the Egyptian currency swap would work but economists and businesspeople expect it to have a positive impact on Egypt’s foreign reserve position.

“The position of the central bank is definitely increasing, with more firepower denominated in foreign currency to stabilise the Egyptian pound when needed. So this is definitely something positive,” said Hany Farahat, senior economist at Cairo-based CI Capital.

Egypt has struggled to revive its economy since a popular uprising in 2011 drove away tourists and foreign investors, major sources of foreign currency.

But Egypt has since pressed ahead with a reform programme that has seen it abandon its currency peg, cut subsidies and introduce a value-added tax.

Egyptian importers said the deal with China would allow them to source yuan directly, facilitating imports from China whilst reducing demand for dollars and easing pressure on the Egyptian pound.

They said the deal made sense for China as a Chinese developer will be involved in the construction of a planned new Egyptian capital at a cost of $20 billion and Chinese firms were investing in other sectors in Egypt.

Egypt’s pound has roughly halved in value against the dollar since the central bank abandoned its peg on Nov. 3. The central bank had blamed currency pressures on its large trade deficit.

“I expect the exchange will be done immediately with the full amount, and then the two countries can spend the local currency of the counter-party in whatever way they want. And then, at a later point, after the period of the swap, which is three years, they would exchange it back,” Farahat said. ($1 = 6.8772 Chinese yuan renminbi)

(Reporting by Beijing newsroom and Lin Noueihed and Asma AlSharif in Cairo; Editing by Kevin Liffey and Andrew Heavens)